Somewhat suprisingly, considering that a not insignificant part of my job for the past 5 years or so has involved web analytics, but I spend next to no time looking at web traffic data for this site. Actually, maybe it isn’t all that surprising, since, being in the field, I know how easy it is to go down inconsequential ratholes when just “browsing” through data.

But, I did take a look recently to see if there were any overall trends in traffic to the site. I noticed that there was a whopper of a spike back in July of last year (a “spike” meaning 5,000 visits to the site in the month rather than the more normal 2,000 or so — these numbers are inflated for a variety of reasons, so don’t take them as absolutes). That got me looking to see what drove the traffic, and I found out it was the image below, which is posted on a page I set up on a lark a couple of years ago. 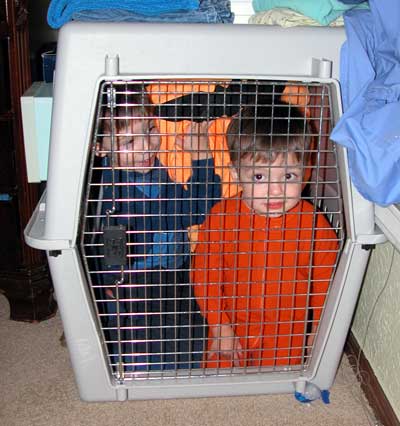 Somehow, somebody who goes by the moniker “shoola” stumbled across it and posted it as a part of his/her suggested caption for a “Daily Picture” site for July 13, 2007. Scroll down a little bit and you’ll see it.

It is a damn funny picture, though!