We Finally Explore the 10-Acre Farm Behind Our House

Carson and I decided last night that it was time for us to go on a hike and explore the 10-acre “farm” to which our house backs up, which we did after breakfast this morning. It’s got a little creek running through it, and we saw what I’m pretty sure was a wolf. Julie’s seen a fox three times, but this creature was as big as Elwyn and was definitely not a dog. Carson led the way for the most part, and he periodically decided that he needed to scale large vines to get a higher vantage point from which to plot our course: 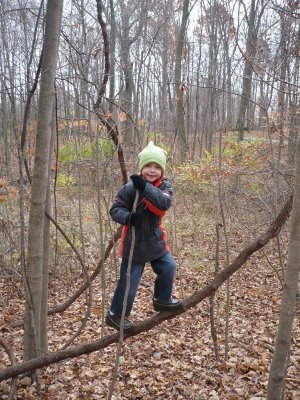 Towards the end of our hike, we came across a fort that other kids must have built at some point in the past. As it turned out, this fort was a mere 25 yards from our house: 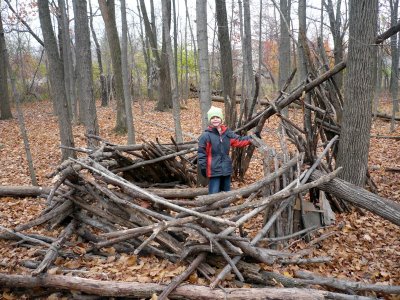 We also found some old farm equipment near the fort: 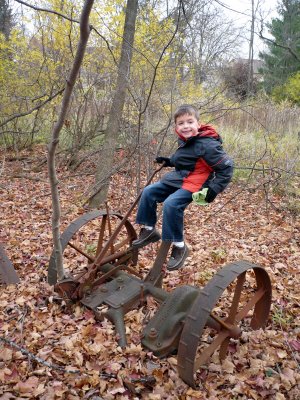 When we returned home, Carson was anxious to take Benton out to show him the fort. Benton came up with the idea of adding a roof to it, which we did with sticks and branches that were lying in the area. The fort is now fully roofed, if only ~3 feet tall! Plenty of room for the boys to get inside, though. 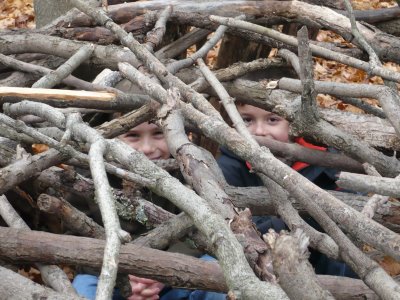