A Bit More of the Snow…

Doing a bit of catching up here. It hasn’t actually snowed for a few weeks, with the exception of a light dusting we got last night. But, I finally got around to getting pictures downloaded from the camera after the past couple of weeks of semi-chaos.

Snow in our driveway — even Alana got into the action: 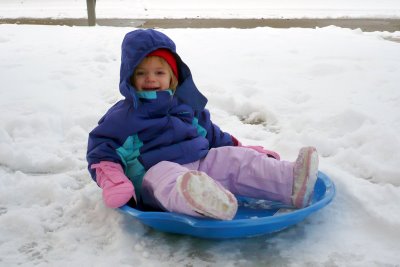 We walked down to a little hill near the end of our street and did some snow saucering (I’m not entirely sure where Carson dug up that hat, but he wears it quite a bit. I’m not proud). 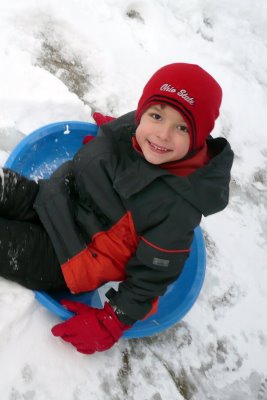 And, by “we,” I mean that Benton and Carson did a lot, Julie did a little…and I did it once. 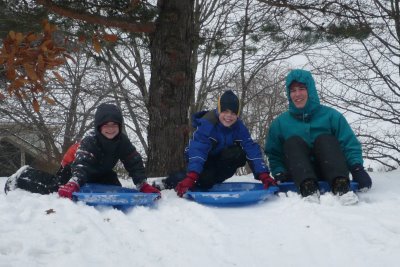 Word to the wise: if you weigh 50+ pounds more than your spouse, and she says, “Don’t worry about that little patch at the bottom of the hill where the snow is melted next to the lip of the asphalt walkway — it’s just a little bump!” you should be prepared to mildly bruise your tailbone and then relegate yourself to the roll of action photographer.