Because I’m Not Allowed to Include the Benton Picture

Sunday was a chilly (~40 degrees F), drizzly day. But, given my lack of success with the home tetherball installation, Benton pestered us into heading to his school to play tetherball. In and amongst getting ready to go for that, Alana’s Princess Big Wheel made its way from the basement to the first floor.

All the kids took turns riding it. When I surprised Benton by snapping a picture of him rounding the corner of the island in the kitchen, he immediately blurted out, “Don’t put that on the internet!” The little bugger is a fast learner (still recovering from the trauma of the dogs putting a picture of him <gasp!> without a shirt on in their holiday missive).</gasp!>

Alana had no such qualms (give it time…): 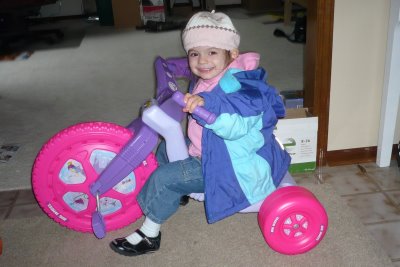 On the recreation court at the boys’ school, with a steady drizzle coming down, I took a quick break from Benton’s and my tetherball matches to catch Alana tooling across the pavement on her Princess Hog: 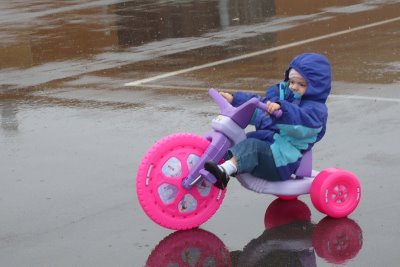 Carson decided that slick concrete was perfect for skateboarding. He only took one or two spills: 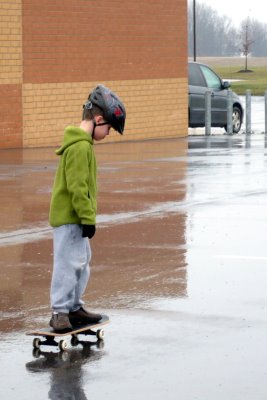