We started off our weeklong return to Texas with a visit to Bruce and Cheryl Bone’s house in Mckinney. High on Julie’s list was taking the kids back to a water exhibit in Richardson right outside the Renaissance Hotel there. Jets of water shoot out from a bunch of holes in the ground in a variety of patterns. The kids had a blast. Carson was the first in and he got wet in no time: 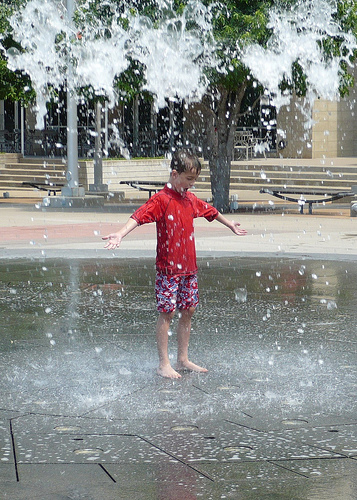 Benton was a bit more tentative initially — just seeing if he could deflect the water with his foot: 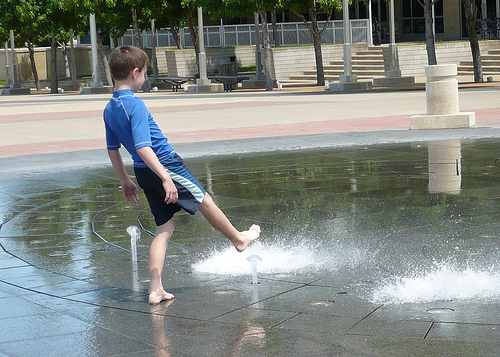 Why, the boys even almost played cooperatively with each other some! 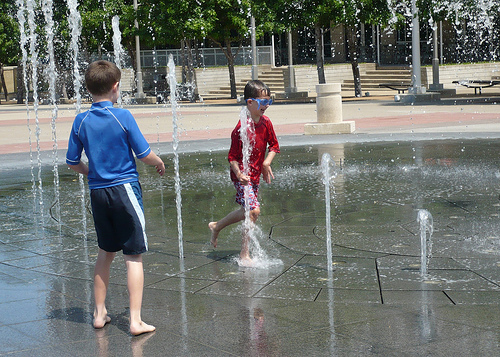 Alana took a little coaxing/handholding from Julie before she would check them out: 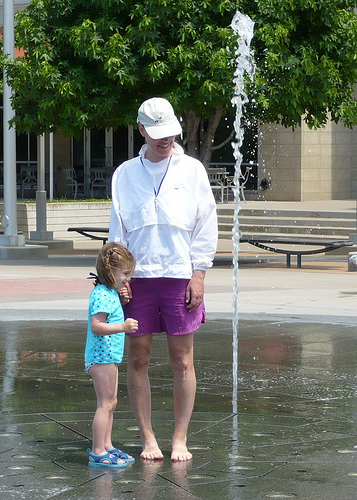 But she eventually got in: 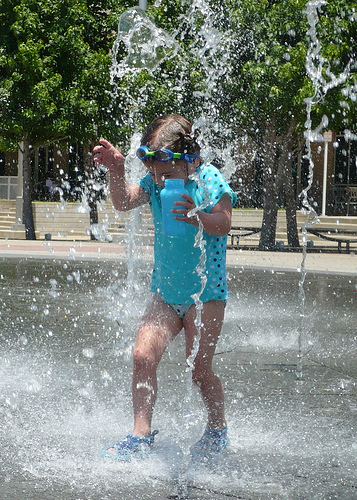 Even Julie and Aunt Cheryl got into the fountains…although in a way where they could remain relatively dry (and continue their conversation): 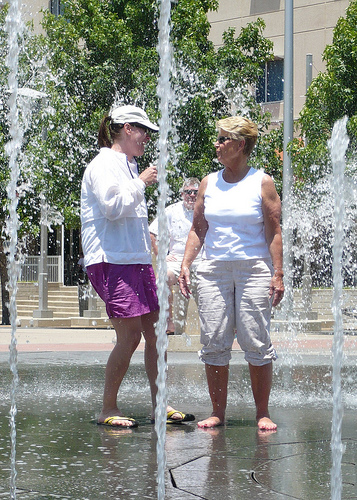