Last Soccer Games of the Season

Soccer season for Benton ended last weekend. He had an end-of-season tournament, where his team was expected to play two games before being knocked out (which they were), followed by the first baseball games of the season as a doubleheader. As it turned out, the baseball games got cancelled at the last minute due to the weather.

Benton’s friend, Josh, is a teammate, which has made the season all that more enjoyable. 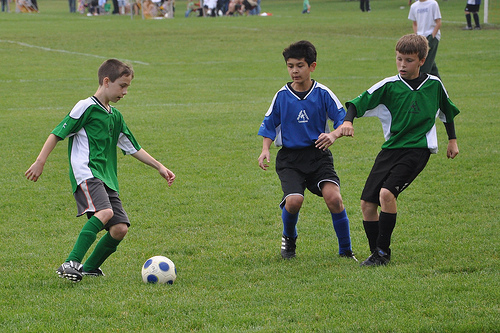 The team that knocked Benton’s team out of the tournament included his friend Nick (Benton’s watching Nick rather than the ball in the picture below), who is also a baseball teammate. 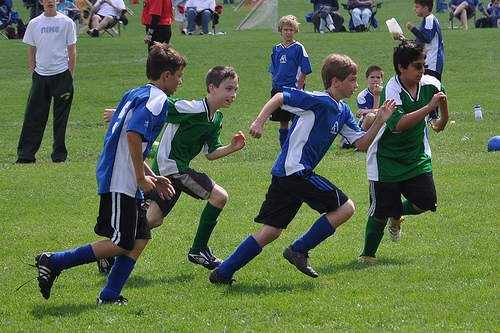 Benton enjoyed the season throughout, so it looks like he’s officially back to being a two-sport kid. 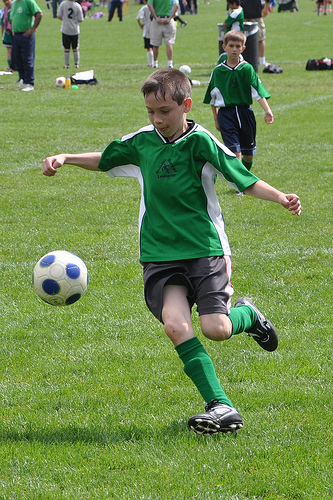 One Response to “Last Soccer Games of the Season”