Saturday marked the beginning of the fall soccer season for both Benton and Alana. Benton got back into soccer last fall and played again in the spring, and he was almost giddy about getting back on the field (ahem…back on the pitch). This is Alana’s first time to play, though. As Julie tweeted, Benton’s game was “more sport, less cute” than Alana’s game.

Alana was a little tentative at first — splitting her time between simply watching her teammates (rather than the ball) and running after them, and fiddling with the drawstrings on her shorts: 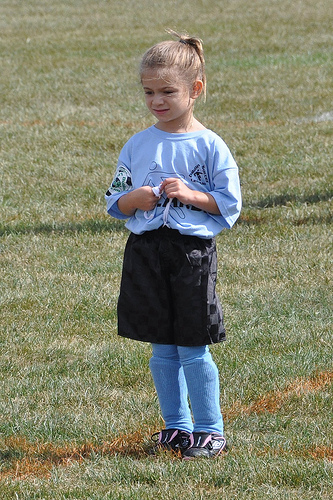 Towards the end of the game, though, she seemed to click to as to what was going on, and she actually had one good drive with the ball (ultimately, her teammate scored): 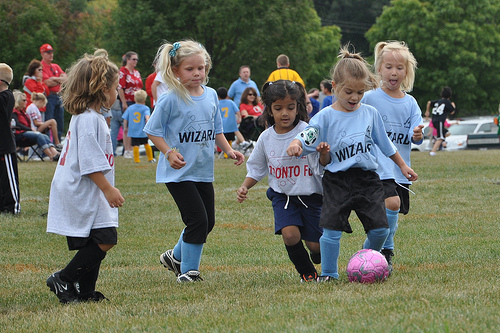 Benton, for his part, played the first half of his game on defense, which is his preference. Before the game started, he called in the goalie and his fellow defender for some pre-game strategizing. At least that’s what it looked like. He was mum as to the actual topic when quizzed afterwards: 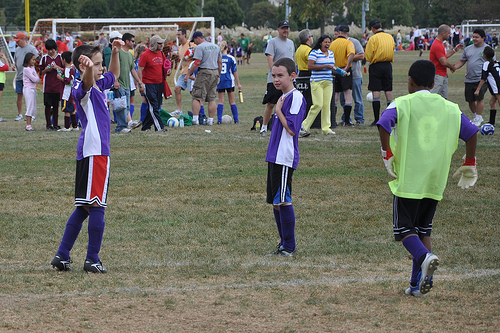 In the second half, he played forward and then did a brief stint as goalie (which he hates…but played amiably enough). He did wind up with an open shot on goal while playing forward, which he capitalized on: 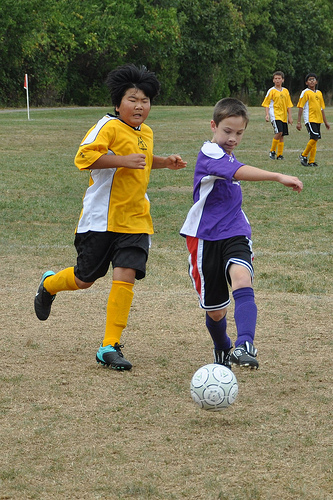