HDR is “High Dynamic Range” photography. It actually traces its roots back to photographers trying to figure out how to capture the most useful photographs of nuclear blasts. Put simply, think about a photo of a person in dark clothing standing on a hill of snow. 99% of snapshots in this situation underexpose the person — they look really, really dark. 0.5% of the time, the photographer adjusts his/her camera manually, and the person looks okay, but the snow and background is washed out. That’s because cameras don’t have the “dynamic range” that the human eye does (and even humans have a limited range).

HDR is a technique where you take multiple pictures at different exposures and then combine those pictures to pick up the “best” exposure for each area of the photo. In the world of digital photography, many cameras make it very easy to take the different exposures, and software can be used to do the combining of them.

I got some HDR software for Christmas (Photomatix) from my parents, and I did some really quick experimentation with it by wandering down to Smuirfield — our friendly, neighborhood night golf club. We’ve got plenty of snow, so finding high-contrast shots wasn’t very difficult! 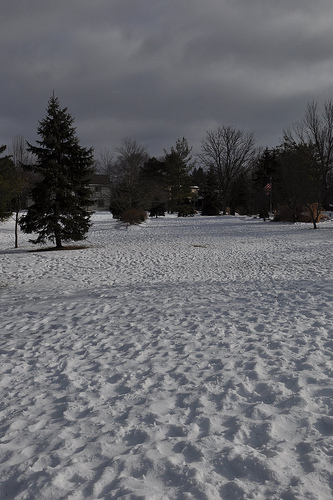 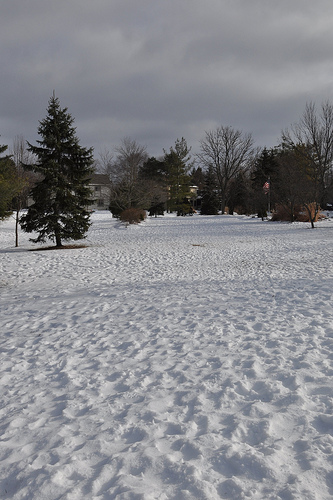 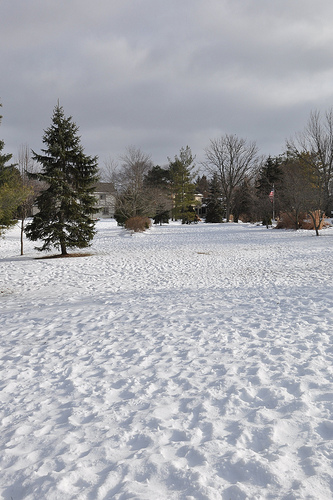 And, then, we’ve got the HDR-combined one — note how the sky, the snow in the foreground, and the trees are all fairly well exposed: 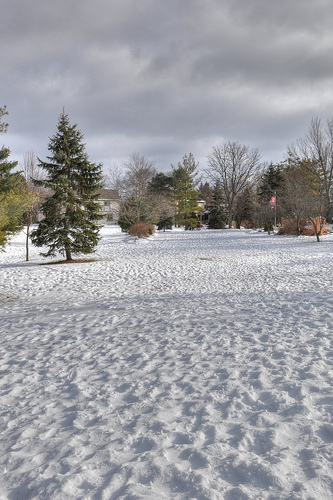 That’s the straight-up application. For fun, I also combined three other shots with a more extreme form of the processing, which gives more of an other-worldly look, but is kinda’ neat. 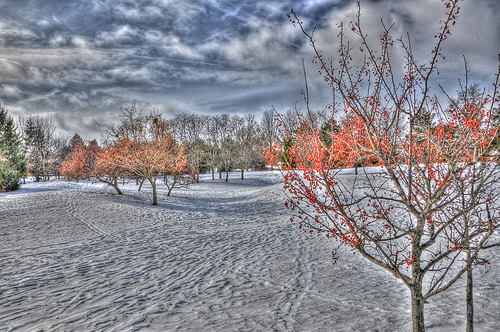 I’ve got quite a bit to learn with this, but it’s fun to see the results of some initial experimentation.

3 Responses to “Fun with HDR”