Easter Weekend at The Farm: Potatoes

I’ve just uploaded 30 photos from our weekend in West Virginia…and I’m struggling to figure out how to break them up for a series of posts. Going with the, “If you don’t know where to start, start anywhere” approach, I’m going with “potatoes.”

As in “potato gun.” Benton and I made one a couple of years ago, have shot it on a number of occasions, and took it to Julie’s dad’s farm some time last year and just left it there. We’ve shot it a couple of times since then. If you’re not familiar with the concept, it’s a PVC pipe construction that has a chamber into which you squirt hairspray and then ignite with a flint-based igniter. It will launch a potato 100 yards, easy.

This weekend, the kids went through two 10-lb. bags. Benton and his cousin, Tyler, really got to perfecting their technique: 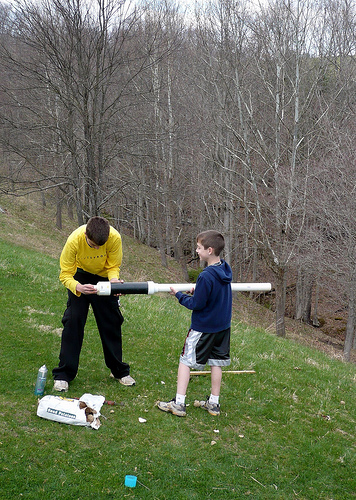 Benton and Tyler have been a pretty good pair for several years now, and the fact that they see each other more often since we moved to Ohio seems to be tightening that bond. They were inseparable all weekend. 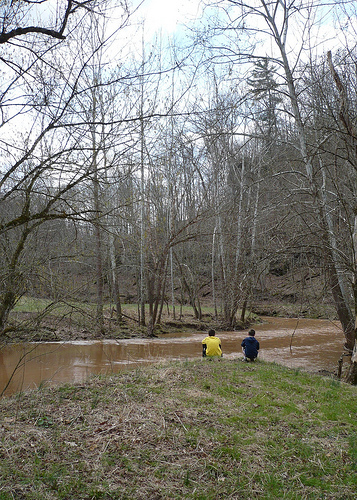 Not that Benton just hung out with Tyler. He also spent some time sighting in a pair of binoculars: 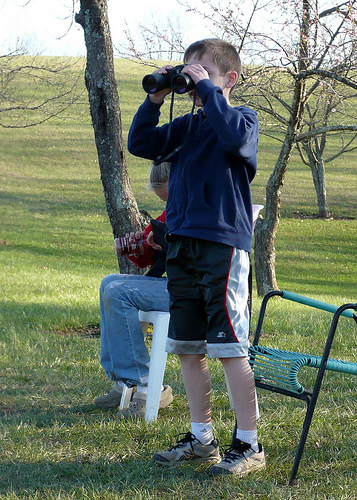 Birdwatching perhaps? Counting deer off in the distance? Um, no. Sorry, Mom. He was prepping to make sure he could focus in on the potato…that his cousin Meg was shooting at with a BB gun: 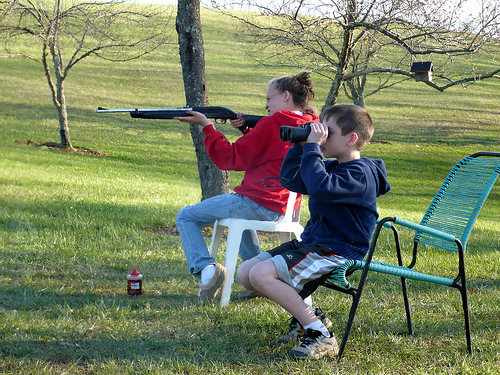 I did say I was going with “potatoes” for this post.

More from the trip to come in future posts.

3 Responses to “Easter Weekend at The Farm: Potatoes”