And, I’m not talking about the Texas Longhorns (although their NCAA record 25-inning game in the regional, followed up by a come-from-behind, finished with a grand slam win against Army the next day were certainly compelling stories over the weekend). No, this post is about the start of the Dublin Dodgers season — Benton’s team.

It looks to be another season where Benton will use his quickness, his smarts, and his overall general coordination to make up for his lack of raw power.

Note that, while the facial expression is that of a fastball smoking towards the plate…the ball location means this was more of a change-up lob. 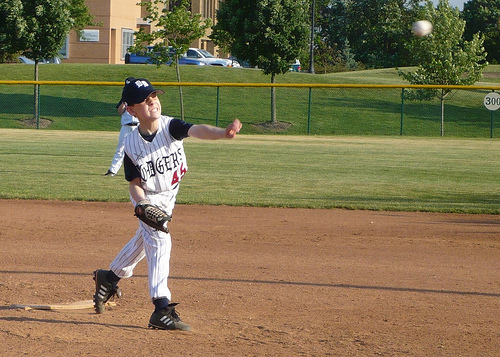 Up to bat. The coach is destined to grow weary of his “Get your hands up, Benton” mantra (Benton now gets this reminder before he steps out of the on deck circle…to little avail): 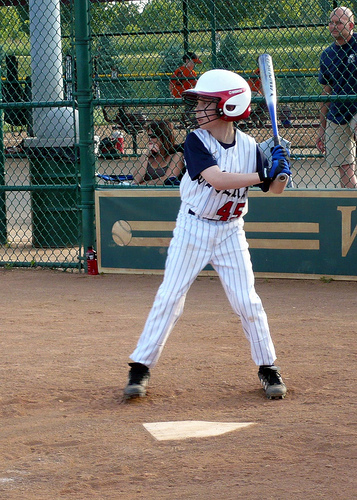 After making good contact and some hustle to record a single, it’s a healthy lead off of first base: 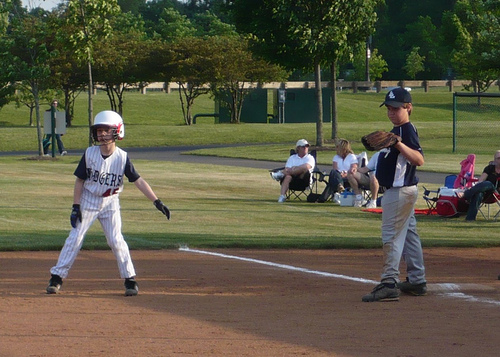 And…stealing second on the next pitch: 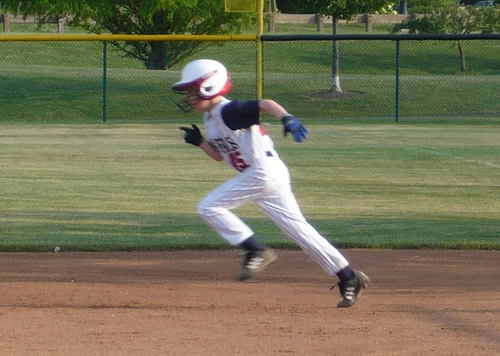 For my part, I’m again doing my best to contribute…by staying off the field and out of the dugout! I’m the team scorer and am taking things up a notch from last season by tracking putouts and assists in addition to errors on the defensive front. On a slow weekend a few months ago, I designed my own scoresheet — customized to the rules of Benton’s league, and tailored to match up with the spreadsheet I’ve developed that calculates all manner of individual and team stats. More on that another time, perhaps!