Last night wound up as another “fire in the Wilsons’ driveway” evening (followed by night golf at Smuirfield, which was followed by a little Texas Hold ‘Em — just another night in central Ohio suburbia). Julie, Carson, and Alana were en route to Virginia to return her mom to her home and to attend Julie’s aunt’s birthday party, so Benton and I were the only Wilsons in attendance.

Early on — while the pizza was still being consumed — Chris got out the electric remote controlled car that he used to race when he lived in Connecticut, and Benton rigged up a makeshift ramp for it in the road.

After the first jump, Bill decided to add some “thrill” to the experience by putting himself (partially) in the flight path. After the car easily cleared him, he talked his daughter into extending the feat… 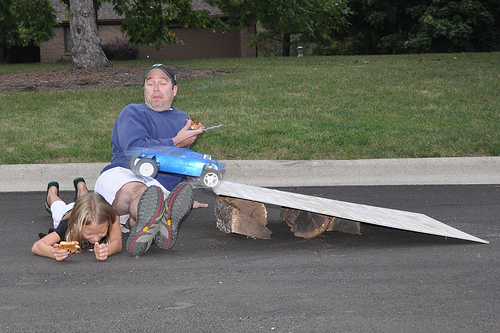 …and then, talked his son into extending the jump even farther! 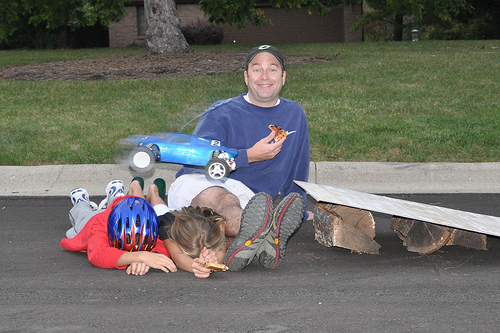