Carson’s birthday is in late November, which is second only to being within 3 days of Christmas when it comes to ugly timing for a kid’s birthday party. For the past few years, his birthday party has been small (although last year was an overnight trip to an indoor water park with two of his friends, so not exactly a horrible deal).

This year, Julie offered to pull his party into October, which we did. He wanted to have five of his friends over to our house for a party, but five became eight became ten became a dozen, and then the appropriately aged boys from the ‘hood got added in and we were north of 15 kids. Needless to say, Julie was a bit nervous about how the event would go (I wasn’t nervous — I was pretty confident that it would be a complete disaster and had stoically resigned myself to that fact). Things didn’t look any more promising when his excitement about the pending afternoon event got him so wired on the day of the party that he fell asleep in his room 45 minutes before the party started and had to be rousted from a deep snooze when the first guest arrived.

It started with pizza: 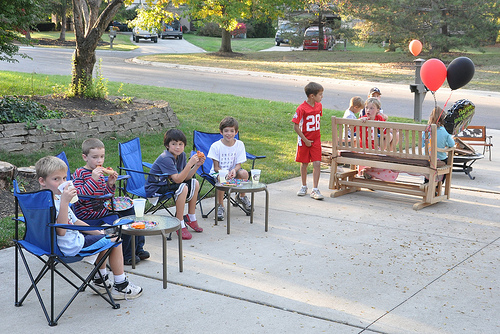 Then, a round of Capture the Flag in the island in our cul de sac: 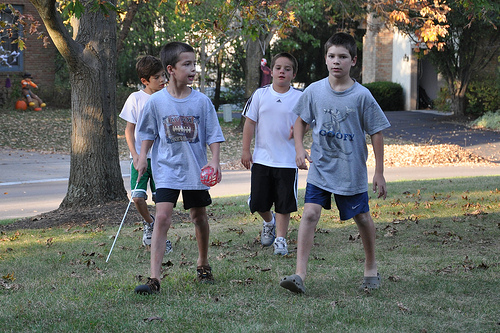 From there, we took the kids on a 1/3-mile-long scavenger hunt en route to Smuirfield, where they played a little football: 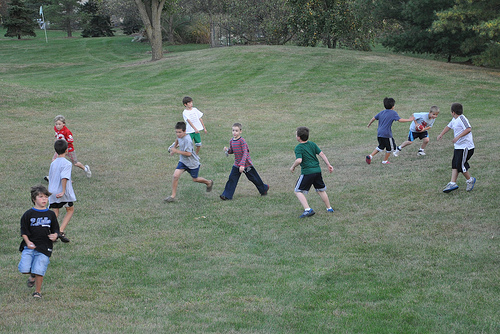 Julie then organized a game of “Spud:” 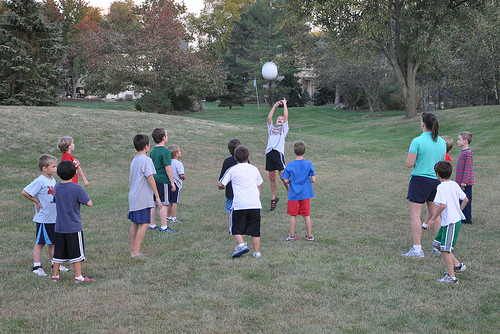 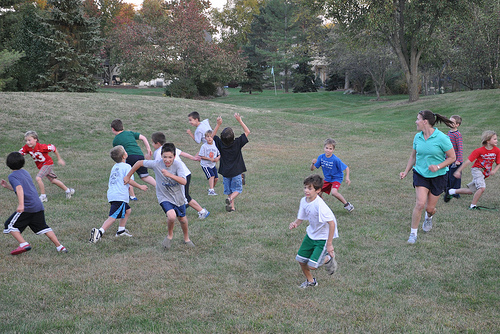 It was then back to our house. And the realization that we didn’t have a firm count on exactly how many kids were in attendance. Julie counted heads and estimated that we were one or two kids short. One of the boys arrived right as she was wrapping up a recount. We then realized one kid was definitely missing and who it was. It turned out to be one of the boys for whom I could put a name to a face, so I hopped on my bike and backtracked on the path. 50 yards away I found the missing boy…walking with another attendee. I’d say this was a lesson learned for next year, but I think we’ll be spending the next 11 months brainstorming ways to radically change the size, format, AND location.

At our house, Carson managed to massively stub his toe on the brick walk (ironically, right as he charged out of the house and I said, “Carson, put on some shoes!”), which put us right on the brink of catastrophe just as cake and ice cream were due. But, he recovered, and cake was served: 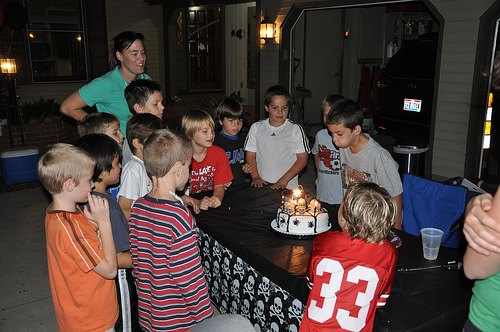 Of course, with a sparkler as the marquee candle, he needed some help trying to blow it out: 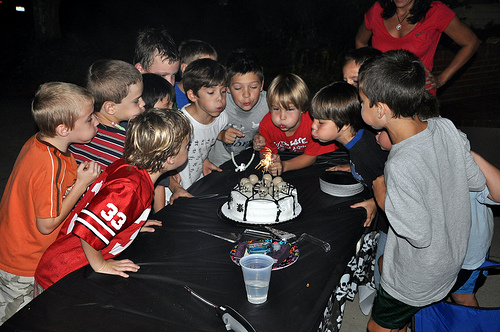 It was then over/around a fire in the driveway to chow down and await parent arrivals: 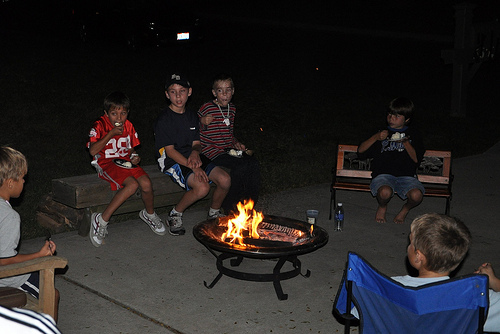 In the end, Carson reported that he had a great time, a result for which Julie gets 105% of the credit (my credit is -5%, so that puts us at full credit overall).