Alana was up until ~1:00 AM on New Year’s Day, and she didn’t exactly sleep in to make up for it. By the time she’d uttered her second sentence of the day, she’d already whined about 3 or 4 things. Julie calmly explained to her that she was sleep-deprived and should recognize that when things weren’t going her way through the day. That (as expected) was largely wasted breath. But, we went to our neighbors for a New Year’s brunch, and that brightened her up considerably.

An hour after getting back from the brunch, though, while operating a return address stamp on the envelopes for her Christmas thank you notes, Alana pinched her finger and was inconsolable. We band-aided (you can see it on the left ring finger in the photo below), we snuggled, we suggested diversions, all to know avail. Eventually, she calmed down…and promptly snagged my phone to play games: 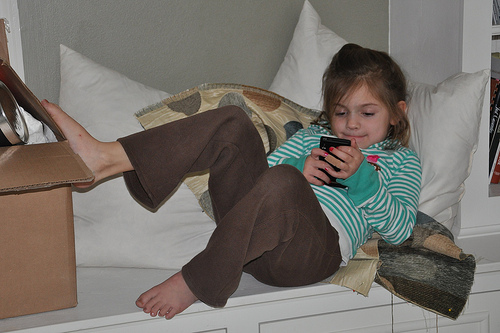 I suggested that she and I could head to the zoo for a bit, and, surprisingly, she perked up and agreed that that would be a good idea. As we were getting ready to go, we had one of those odd weather situations where the sun was shining brightly at the same time that rain was pouring down. So, we prepared for rain. Once we got to the zoo, the sun was still out, and the rain had stopped. Alana walks in from the parking lot on the “balance beam” (pedestrian walkway divider): 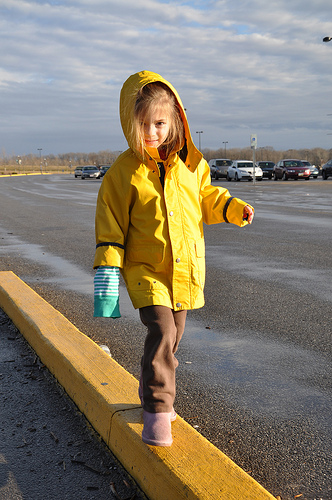 We spent most of our time in the vicinity of the new polar bear exhibit, including going “under water:” 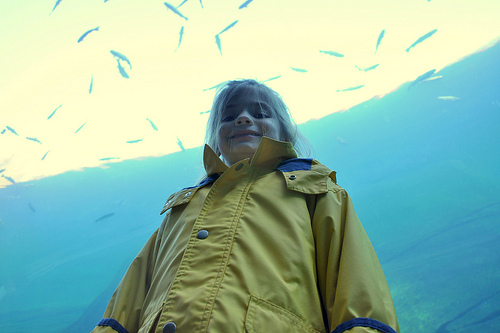 At the indoor display, Alana got the hang of the microscope: 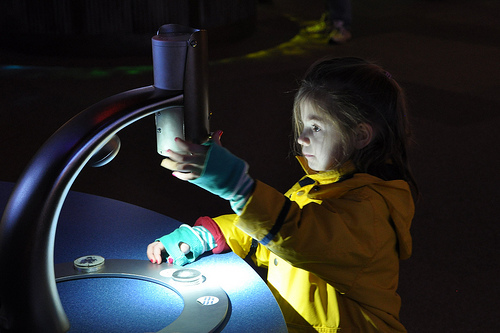 We hit the indoor “My House” building a couple of times (learning about habitats and about recycling): 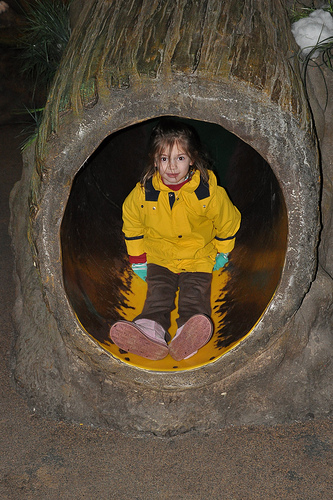 With the cold weather, there weren’t many people around, and there was no line at the zoo train, so we took a ride on it: 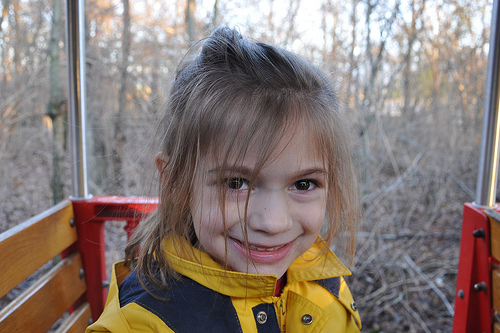 And, on the way out, we found a “live” bald eagle, which Alana wanted to pose with for a picture (believe it or not, I don’t make my kids stop and pose every 12 seconds for a picture — I’m reasonably unobtrusive as a shutterbug): 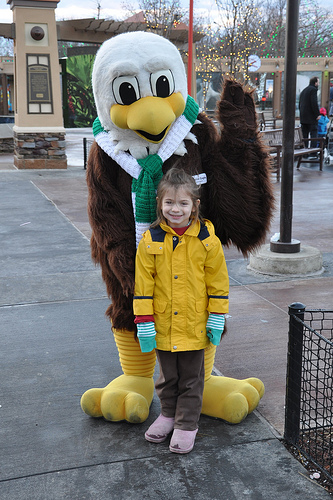 Back at home — a good hour later than I’d thought we’d be back, which meant my French bread had been rising for twice as long as it needed — Julie was well into the pasta making process, and Alana jumped right in to help out with feeding the dough through to make raviolis. 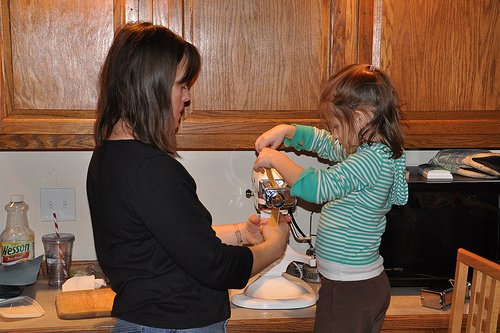 We all cratered pretty early that night, but I would not have predicted such a happy kid and such an enjoyable outing when the day started!