Depending on your interest, this is either a bonus post or a throwaway post. It’s a handful of additional pictures I took at Niagara Falls that didn’t feature any Wilsons in them.

Upstream of the falls. The big mass at the top right of the photo is a barge that has been there since 1918 — it broke loose from the lines that were holding it and started drifting towards the falls. The two guys on it had the presence of mind to, basically, flood it so that it would ground itself. Still, it took a couple of days to get them off: 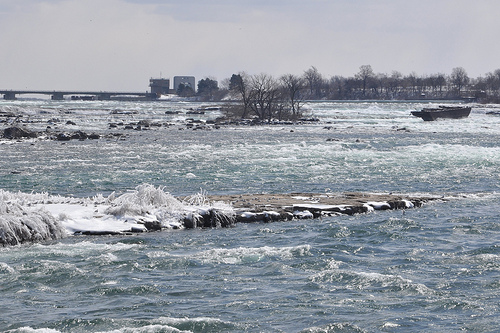 View through some of the shrubbery that had been ice-misted over by the spray from the falls. Those are the falls in the background: 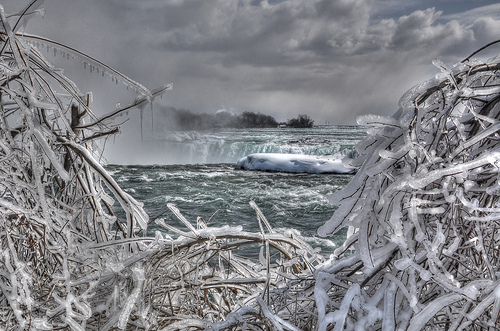 A tree that has had a buildup of ice from the mist from the falls: 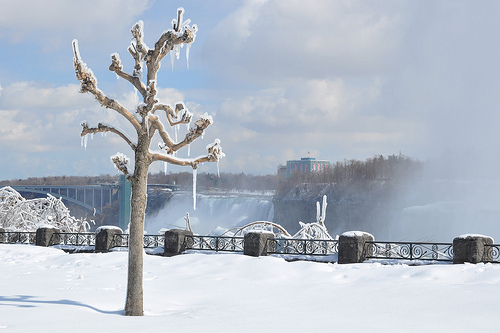 Looking upstream from the falls: 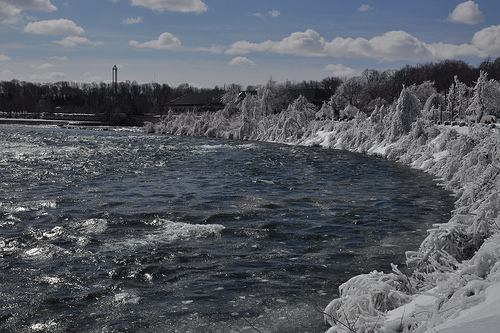 A couple of seagull shots — really highlighted the exposure challenges of this sort of setup. I tried multiple exposures so I could HDR them, but the birds never stayed still quite long enough for that to work: 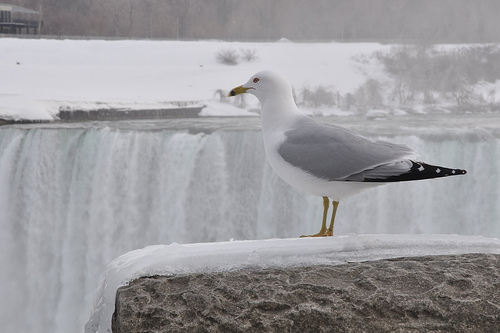 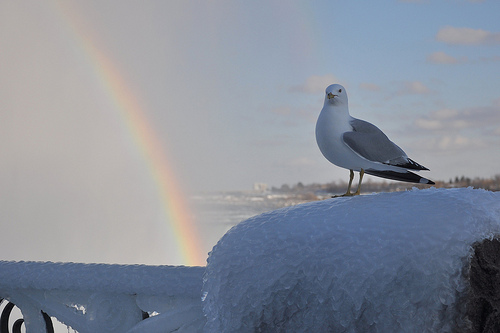 An HDR-enhanced view of the rainbow created by the falls mist: 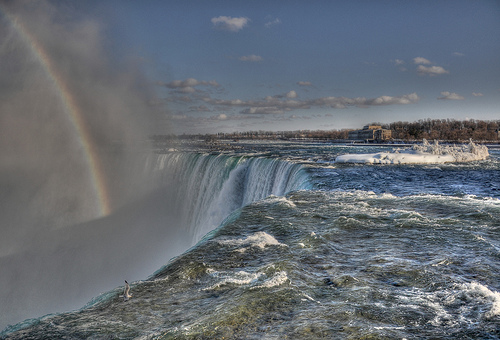