The last day of school for the kids was last Friday. I’m a week late on getting anything post on that front because Julie celebrated our 17th anniversary that weekend by leaving me with the kids and going to her mom’s. It all worked out, though, as she did ultimately come back home late Monday night. I then flew out to California early Tuesday morning for work and returned yesterday evening. I’ve got a few posts and pics from the last week, so stay tuned.

Starting with the last day of school, Julie snapped a few pictures of Alana: 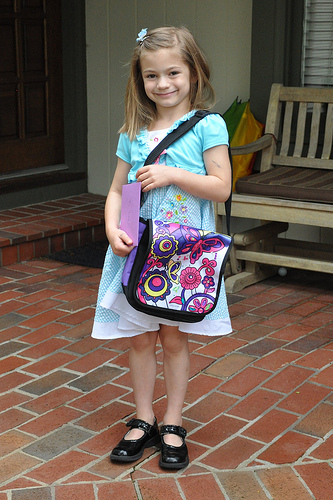 She was *really* excited about the end of school party that day: 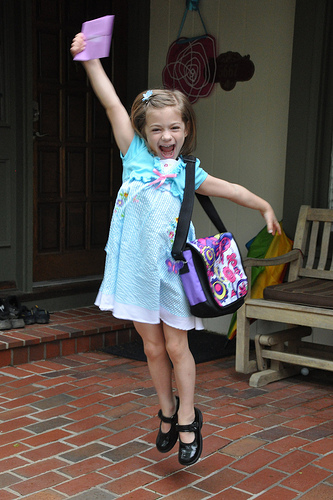 She officially completed her first year of school. Has she grown/changed since she started back in the fall? You be the judge by checking her first day of school picture.

Somewhere between 6 and 12 seconds after stepping off the bus after school, Alana announced she was bored.