While I am far behind on posting, and Alana did turn six back in June, and this is a post about Alana’s birthday party…the party occurred less than two weeks ago.

You see, June was a busy month. School was over, summer travel was kicking into high gear, and Alana turned six. But, she didn’t get a party, which wasn’t a big deal…at the time.

Apparently, Alana quietly stewed off and on all summer about this non-party. Her concern, as best we can tell, was that, while her birth certificate and the calendar might claim that she was six years old, the absence of a formal party to recognize the occasion might very well have thrown the universe completely out of balance. By Julie’s count, Alana had at least three separate “birthday recognition events,” but none of those included an Alana-centric gathering of her peers to recognize her next step toward teen-hood.

SO, she decided that a tea party was in order. Julie, not wanting to discourage industriousness, told Alana to have at it.

And then Julie got herself thoroughly sucked into the planning and executing the event.

Throughout the planning Alana insisted that this was a NO BOYS affair — an insistence that had every Y chromosome in the house breathing a sigh of relief about.

Like all good tea parties, this one included an actual silver tea service (which had been polished maybe once previously since it came into our possession): 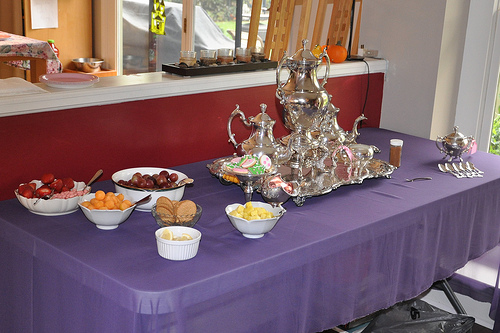 The “tea” was served (actual tea was offered, but most of the guests opted for sour lemonade — made intentionally sour so that they would need to drop sugar cubes into it to sweeten it up): 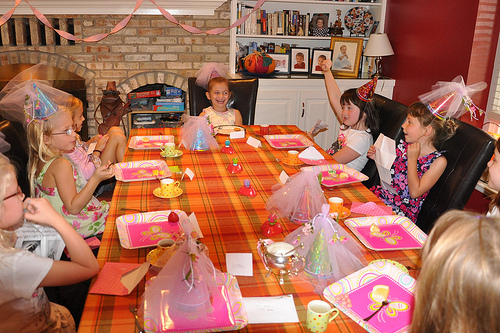 The hostess welcomed her guests and outlined the rules of a game she had devised for entertainment: 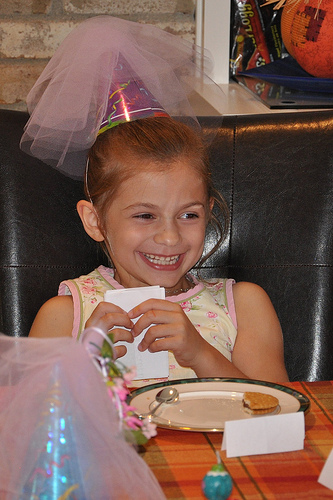 Like all proper tea parties, after sipping and munching, the party headed to the basement for a post-tea spot of dancing. 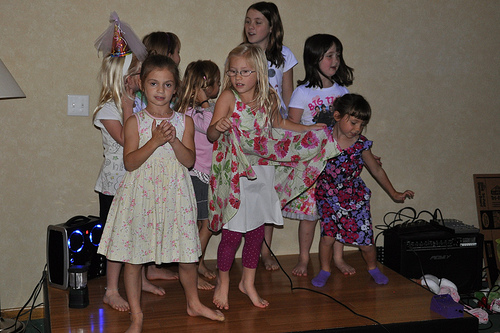 And, like all good spots of dancing (or, at least, like all good events with a group of kids on a basement stage where a ceiling-mounted black light is available), the dancing turned into a rave: 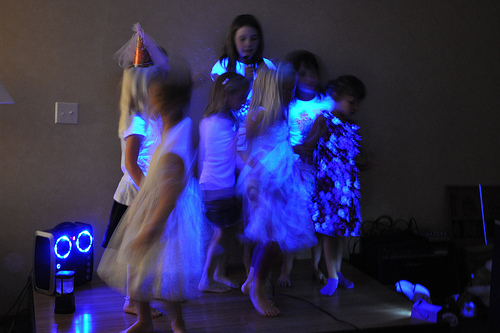 With calories appropriately burned, the party returned to the first floor for candles and brownies with the NOW properly six-year-old hostess: 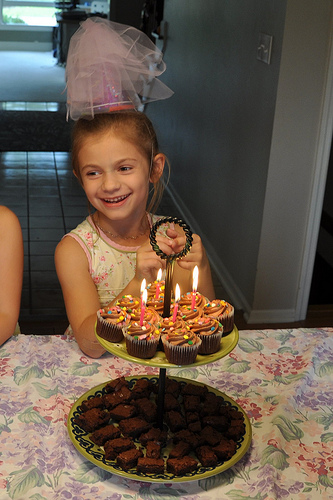 And NOW Alana feels like she truly is six years old.