I’ve got a co-worker who took an extended trip to Japan and Taiwan during the latter half of December. It was a mix of business and pleasure, and he came back with a bagful of small gifts from his travels. Carson and Alana scored, in that he gave me (for them) a small stack of 4 pieces of recycled cardboard with punchout figures that could be assembled by interlocking them. This was my first day back to work after being off between New Year’s and Christmas, and, as it turned out, it was the first night I got home before 8:00 and was reasonably healthy ever since. That’s one of the reasons I’m just now getting caught up on posting here.

I wasn’t sure what the interest level and/or ability of the kids would be, but, as shown below, they both dove right in (2 cards apiece) and were quite successful: 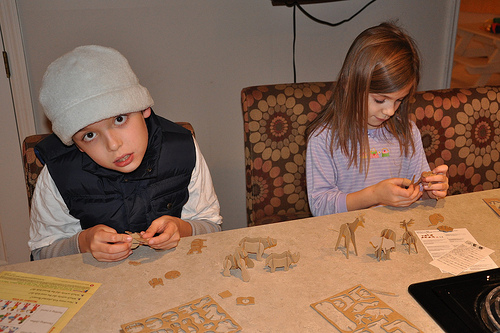 Carson posing with the animals he put together: 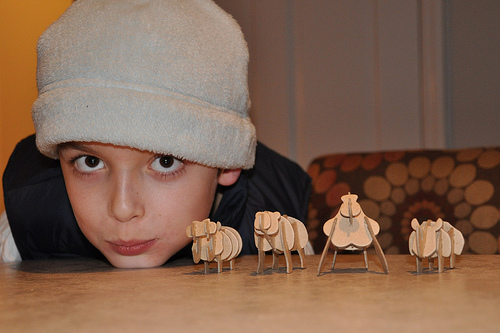 Once all eight animals were assembled, a little cooperative trading occurred so that each of the kids wound up with a herd with which they were happy: 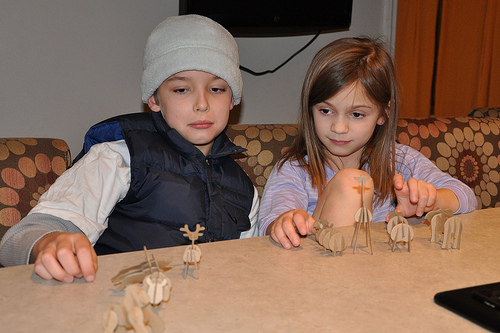