When the Wives Are Away, the Husbands Plant Trees

Catching up, as this was several weeks ago, but better late than never!

The week after Julie and the kids returned from spring break, and thinking it was Julie’s last weekend before heading back to work, a hastily-planned “girls’ weekend” up at Lake Erie was planned. That left a neighborhood full of fathers with their offspring. Conveniently, one of the neighborhood dads (who’s wife did not head to the lake, as she was almost 9 months pregnant) received a shipment of 1,000 tree seedlings on Friday afternoon for some property he has north of town.

Combining the opportunity to help a neighbor out, spend some time outdoors, and have the kids entertained by fresh air and sticks, Pat and I spent Saturday afternoon planting ~3/4 of those seedlings.

Alana, Marty, and Pat haul the seedlings back to where they are to be planted (yes, that box holds a thousand little trees): 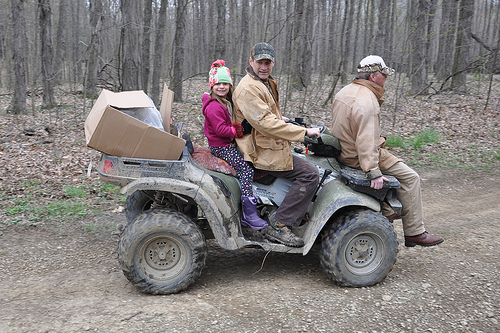 Taking a break to give the kids a ride. Jack and Alana on the front… 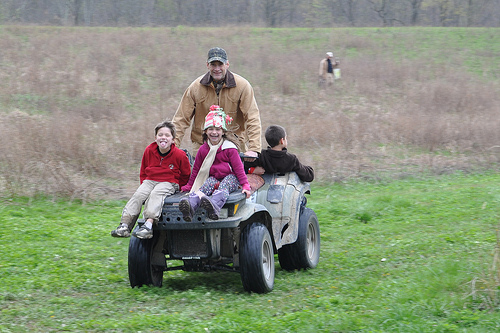 …and Carson and Andrew on the back. 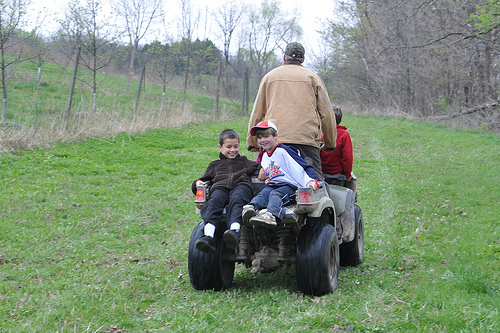 Because they were outside in the woods for more than 12 minutes, Josh and Benton, predictably, built a fire and a makeshift bench: 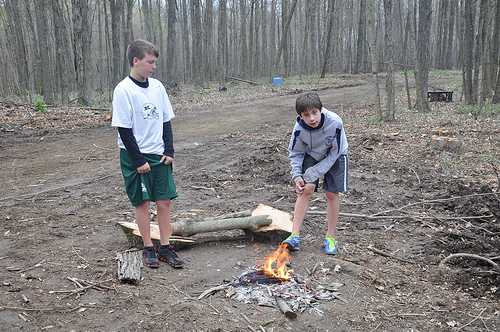