Carson and I headed to a local metro park last Saturday for a hike. The weather alternated between a light drizzle and a steady drip, and we got a little too ambitious with the path we’d chosen, but it all worked out in the end.

Carson went through three different walking sticks — hamming it up a bit when the camera was pointed in his direction: 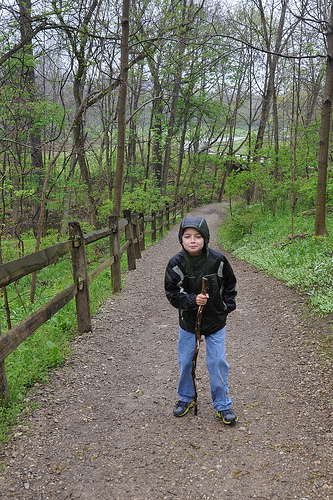 I really should pick up a book on the local flora, as I have absolutely no idea what this flower is: 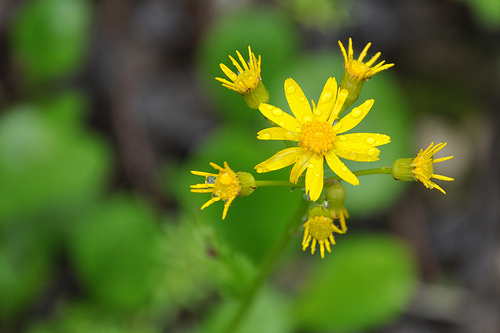 While crossing a bridge on the trail, Carson spotted this little guy hanging out half-submerged. 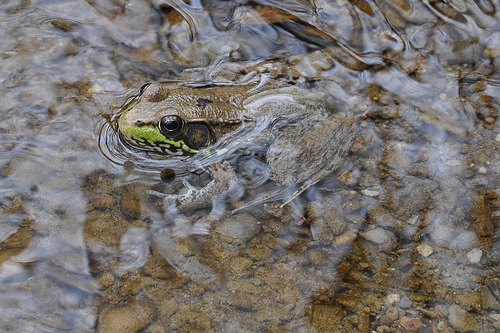 And, being a 10-year-old in possession of both X and Y chromosomes, he plopped down on his stomach to try to grab the frog for a closer inspection (he failed): 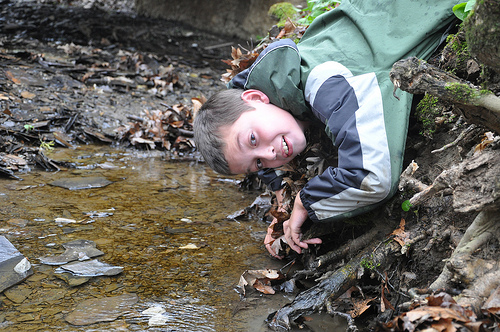 Halfway through the hike, Carson was pooped and cold (lying on his stomach on wet ground while plunging his hands into cold water didn’t help!), but, since it was a metro park, we found a shelter for him to hang out in while I completed the hike and then drove back up to retrieve him. At the observation deck towards the end of that last leg of the hike, I came across this guy bedded down: 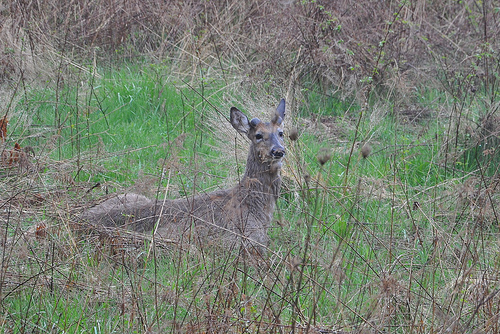 Following the hike, we stopped for gas, and the gas station had a Dairy Queen, so Carson scored a Peanut Buster Parfait. Following that, we passed a Michael’s, which prompted a stop for some blue powdered dye as an ingredient for the homemade smoke bomb we made the next day. Needless to say, Carson’s memories of the day might not include anything related to trails, hiking sticks, flora, or fauna.