A few pictures of the various amusements at Geneva-on-the-Lake, Ohio.

Alana putts at the (allegedly) oldest putt-putt course in the country: 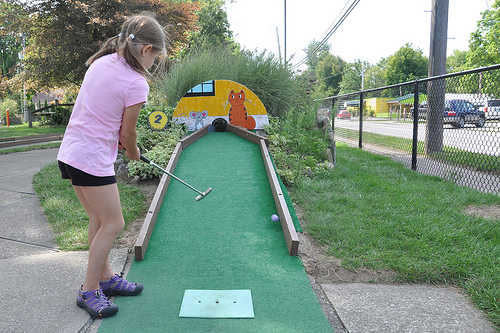 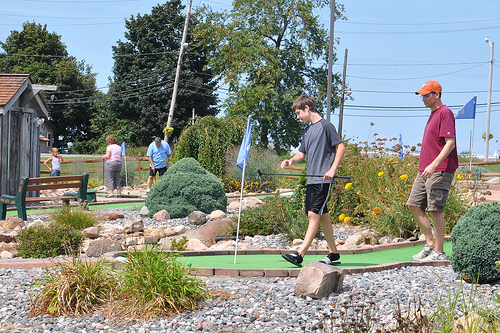 Nothing brings out Julie’s determination than returning her to her childhood love: Ms. Pac Man: 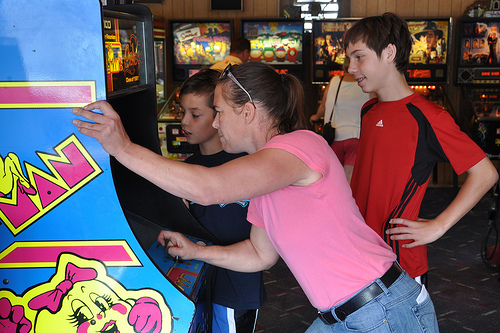 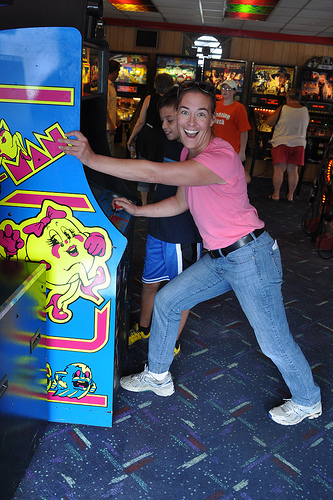 If there are guns or gun facsimiles involved, you know Carson won’t be far away… wait… Alana?!! 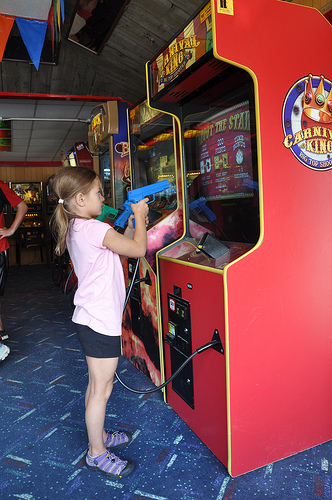 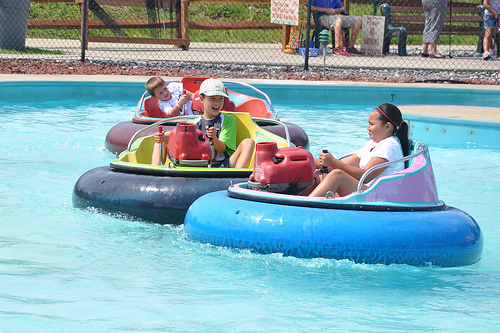