Easter Weekend at the Farm: Carson on the Move

Benton just got a new bike for his birthday from J and Boppa. He hatched the idea of taking it to the farm for Easter weekend. This was a horrible idea — it’s too hilly, would be muddy, and just generally wouldn’t be fun.

We took both Benton’s and Carson’s bikes.

It was hilly…which meant they could really go fast down grassy slopes.

It was muddy…but that just made it more fun. A muddied Carson (click on the photo and then click on All Sizes to view a larger version and see the mud speckled across his face and coat): 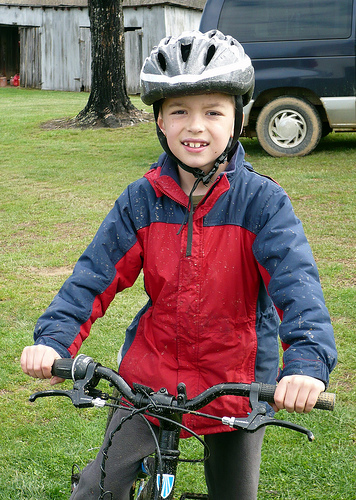 Carson and I went for a ride on the ATV. We stopped a couple of times to admire the view: 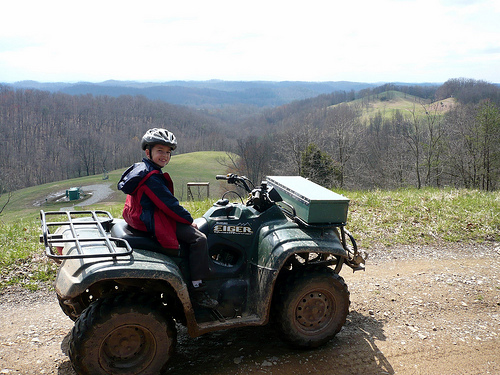