Our plan for the vacation was pretty straightforward: Julie would drive to Dallas with Carson and Alana, arriving on Saturday morning; Benton and I would stay in Dublin for his three baseball games and then fly down to Dallas on Saturday night; we’d spend Sunday and Monday morning visiting friends and family, and then drive to Austin for the remainder of the week.

Everything proceeded nicely through Sunday, except my stomach was bothering me — it seemed tight and achy. Self-diagnosed as travel-related constipation, and I’ll steer clear of TMI for the remainder of this post. Sunday night, I did not sleep well at all. Monday morning, Julie headed out and got some…stuff…on the more extreme self-treatment front, which I tried. Things were marginally better, but I still didn’t feel all that well, and I had a couple of bouts of up-chucking, which seemed odd. So, I stayed at the Bones house while Julie took the kids to Unc and Gigi’s (my great-aunt and great-uncle) for a visit. I felt bad about not getting to see them, but figured I was doing everyone a favor by not exposing them to whatever bug I had.

Within an hour of Julie leaving, I was feeling decidedly worse — to the point that I called Julie and asked her if she could cut the visit short and get me to the ER. Within a couple of hours, I had a diagnosis of appendicitis, which is what I suspected. I had my appendix removed late Monday afternoon and was almost released that evening. But, due to what I’m pretty sure was a faulty thermometer read in the recovery area, I got put up for the night: 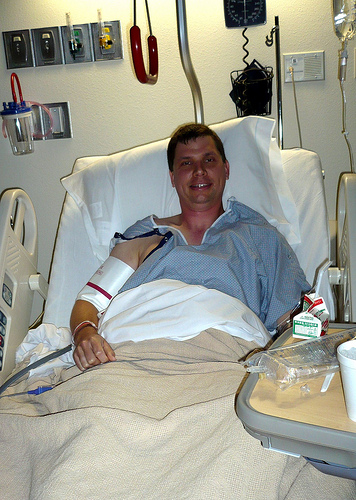 The casualties of the hiccup in our plans:

Julie, as she is prone to do, took the lemon and made a vat of lemonade with it: 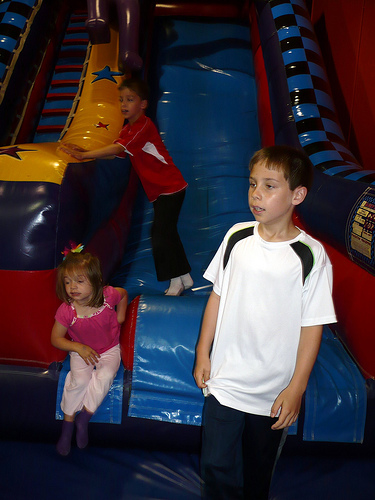 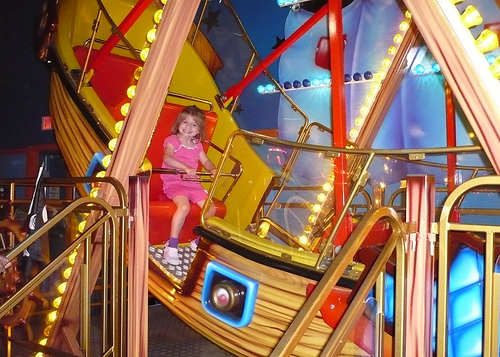 I finally got released from the hospital late Monday afternoon (spent all day just waiting for the surgeon to come by and spend 60 seconds saying, “You’re good to go.” He also passed on that the appendix was seriously inflamed and burst as soon as he had it out.) and we headed to Austin after that. And, we’re back on track!

One Response to “Nothing Says “Vacation” Quite Like a Hospital Bed”