Julie, Benton, Carson and I drove over to Dayton for the Dayton Ohio Giant Scalers (D.O.G.S.) annual airshow on Sunday. The initial plan was for just Carson and me to go, but Benton’s ears pricked up when he heard us talking about it, so he went as well (it’s still not entirely clear if that was raw interest in the show or if it was just his never-ending concern that his little brother will see/experience/learn something that he hasn’t), and Julie decided to tag along, too.

When they say “giant scale,” they mean giant scale! Although the sizes of the planes varied quite a bit, this F-15 (which flew a solo jaunt while Lee Greenwood’s most famous song was piped over the speakers) was pretty much par for the course size-wise: 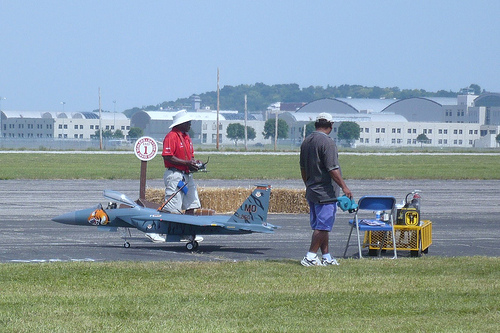 There were some stunt helicopters that really did some insane maneuvers, as well as a very realistic Huey: 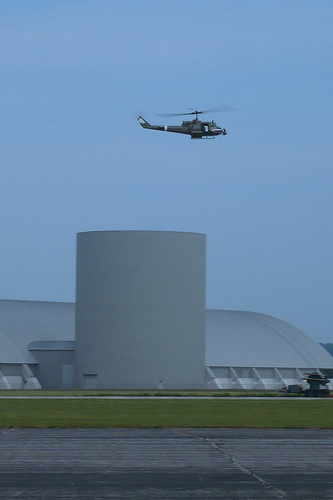 The planes are not only large, but some of them are really fast — like this one, which was clocked on a radar gun topping 200 mph as it zipped past the crowd (my camera didn’t have a chance to fully stop the motion, and I deleted more than a few empty frames from my attempts to catch the planes as they came by): 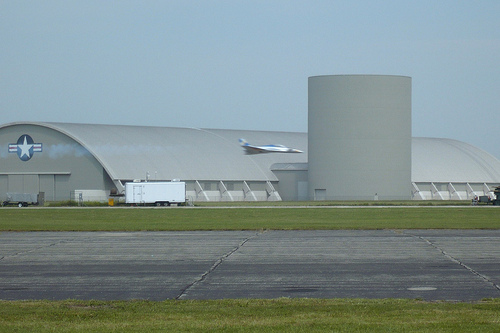 At the end of the show, they did a couple of runs with this Piper single-prop with 5 lbs. of candy loaded into its tail: 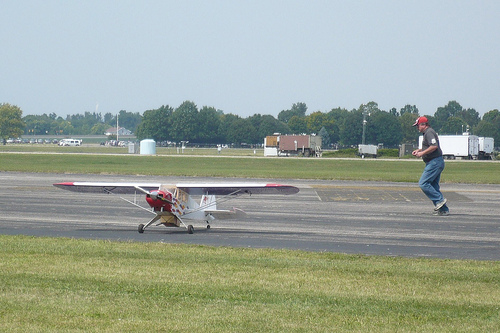 After circling a few times, it would turn straight up and the candy would pour out of its tail onto the runway, at which point a batch of kids would get released to go collect it. Carson participated — he’s the kid in the red shirt all the way over to the left of the crowd: 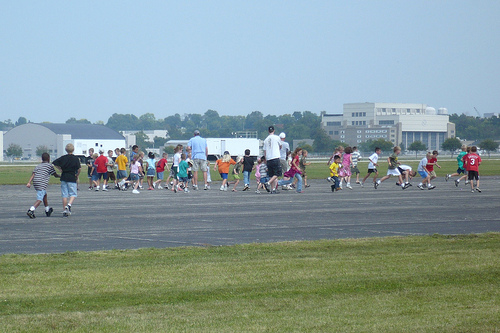 After the show, we did a quick pass through the National Museum of the U.S. Air Force, on whose grounds the show took place. It was a fun day trip!