Benton and Carson are both playing fall soccer. Unfortunately, the lighting conditions haven’t been ideal for photos for any of the games that I’ve made it to with my new camera yet…but I’ve got a few years to get some good shots, I think!

Carson moved up from the local rec league to an intermediate level this fall — it’s not a travel team, but the quality of the coaching and the play is higher than what he was getting in the rec league. He continues to enjoy both practices and the games (usually…), and this is the first time that we’ve had a child playing soccer where they actually play positions, pass, have a goalie, and keep score. All of that makes it much more interesting to watch! 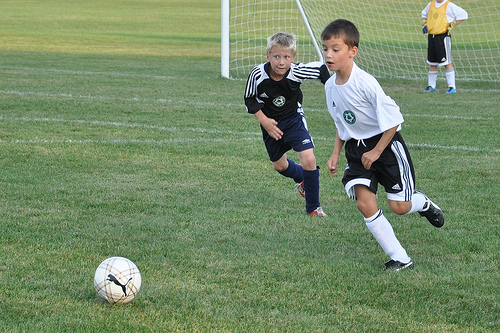 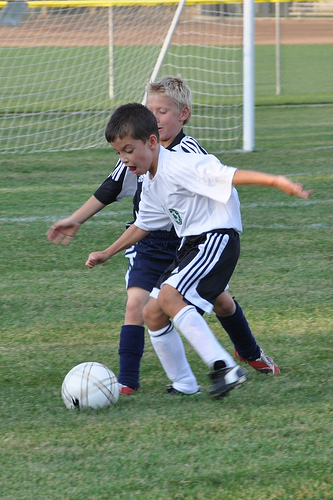 Benton hasn’t played in years and is in the local rec league. Soccer is one of the few games that get played at school at recess where the kids are allowed to run around in the field, and he was finding that his friends had a much more solid grasp on the rules than he did, which bothered him and prompted Julie to sign him up for the fall.

After the first practice, Benton reported that he was plenty fast enough and plenty capable with the ball, but he didn’t know enough about the game to know what to do with it once he got it, and there were some rules he just wasn’t clear on. One trip to the library and four books later…and he was on par with the other kids. He announced before the first game that he is the worst kid on the team. From Julie’s and my observation, he was clearly in the middle of the pack. We then headed out of town for the weekend, and Benton scored the first two goals in the next game. He has since scored another goal in a subsequent game, and, all told, is averaging 0.75 goals/game. He still claims he’s the worst kid on the team, but he can’t say it with a completely straight face. 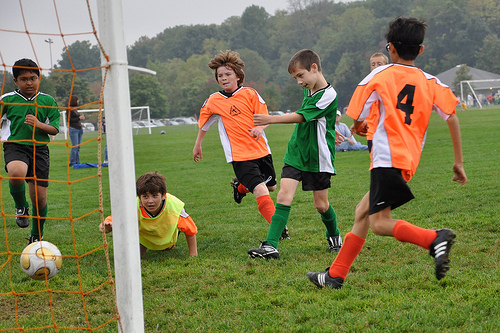 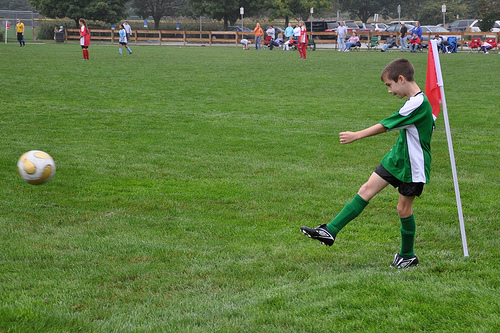 2 Responses to “Soccer, Anyone?”