Then And Now: Extended Clothing Edition

Yet another installment in our semi-regular Then and Now series, in which Julie demonstrates her impressive memory when it comes to which of our kids wore what clothes when, and which ones had pictures taken of them in those clothes. 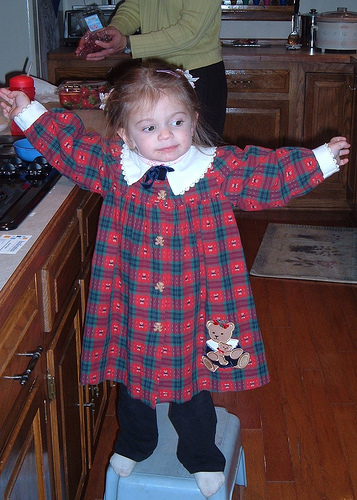 Alana: October 2009
In Which the Dress Has Become a Blouse 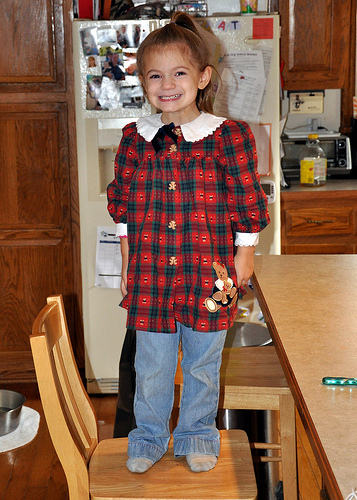 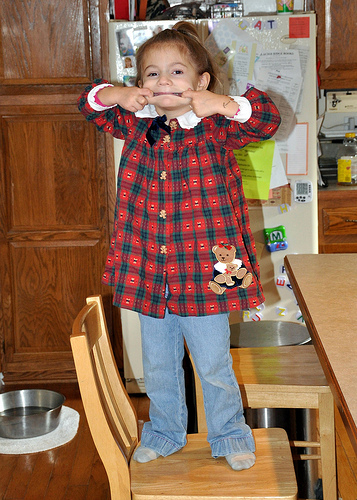