When we were camping over Thanksgiving, I introduced Benton to the idea of slow-shutter-speed photography. During that trip, it was waving lightsticks and sticks with glowing embers on the end of them. Ever since, Benton has been coming up with other ways to put the technique to use.

Last night, he dug out a couple of his laser pointers and I set up the tripod in the kitchen to have some fun. The only post-shot editing to these photos was a little cropping and, in some cases, some slight brightening. Other than that, they’re as shot.

Benton wrote his name on the wall: 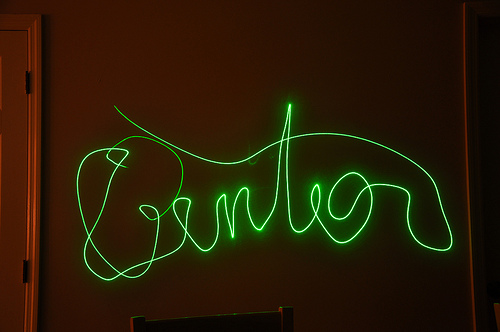 Then, he had me “write” my name with my finger (meaning I stood perfectly still with my finger on the wall, and he wrote “Dad” in a way that ended exactly at my finger): 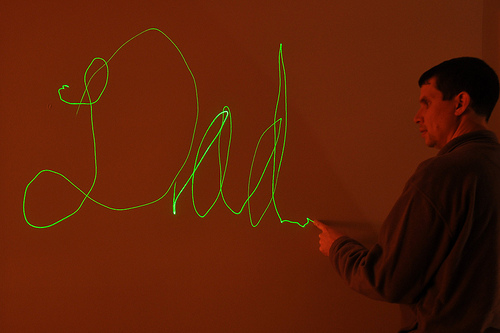 He had me make lightning with my hands: 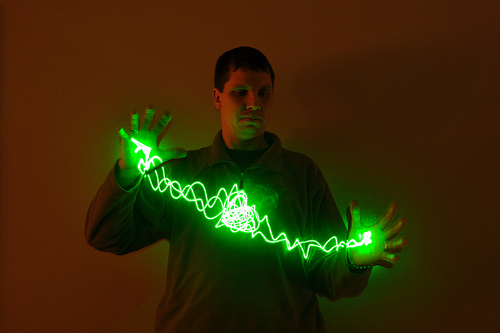 Then we added a second laser and tried “shooting” a chair in the kitchen: 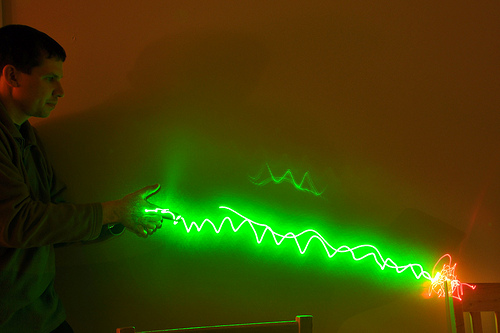 And, finally, switched to a red laser for the “beam” from my eyes (my eyes were closed): 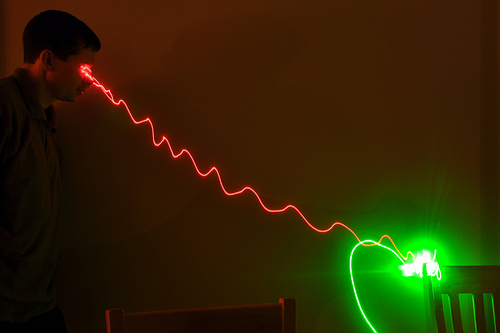