We’re fully into spring in Ohio, which means spring sports are rapidly ramping up. On Saturday, Benton had baseball practice from 10:00 AM to noon, and I had to pick him up early so we could race over to the soccer fields for a noon game where he needed to arrive at 11:45. He’d missed the first game of the season while we were in Austin, so this was the second game for his team and the first for him. 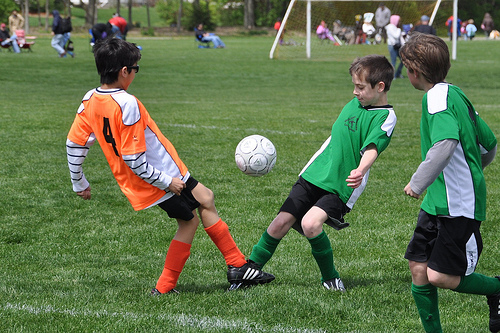 After an errant inbound throw wound up bouncing around and rolling off of Benton’s head, he got a case of the giggles, but played through it: 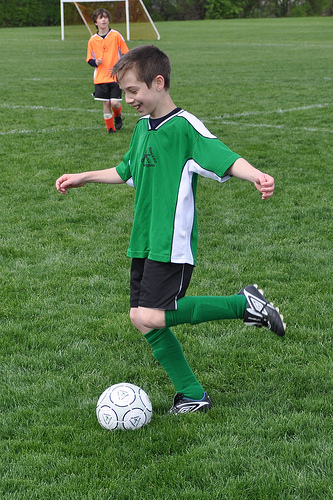 He holds his own — falls somewhere in the middle of the roster skills-wise and really seems to enjoy it. 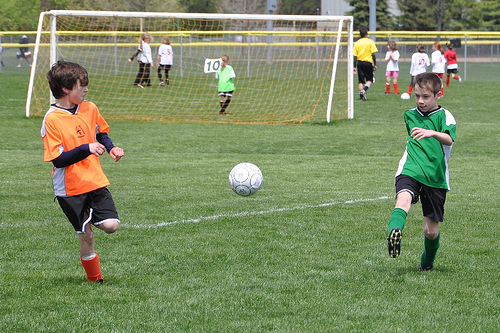 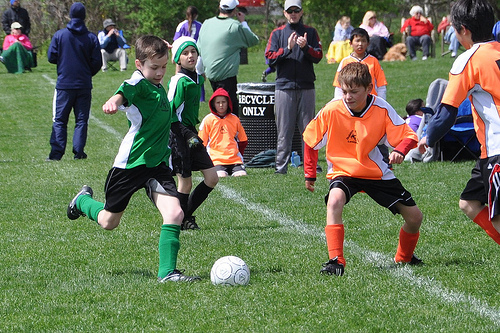 While Benton was at baseball practice, Carson and I headed to Smuirfield, the neighborhood pitch-and-putt, and that was so much fun that we headed back today with Benton.

Benton launched a beauty on the “long” hole: 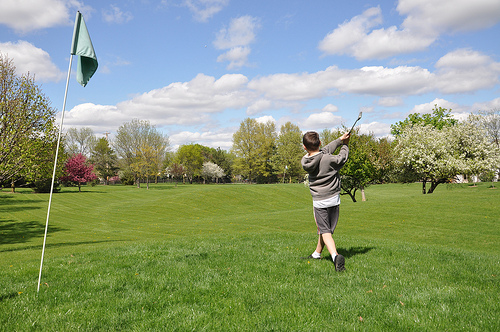 Carson had some good hits, too: 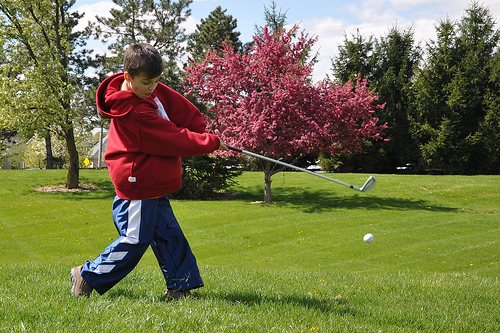 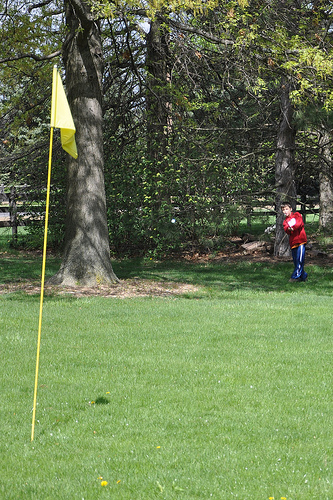 The boys both got behind the camera a few times and managed to capture me hacking up some grass: 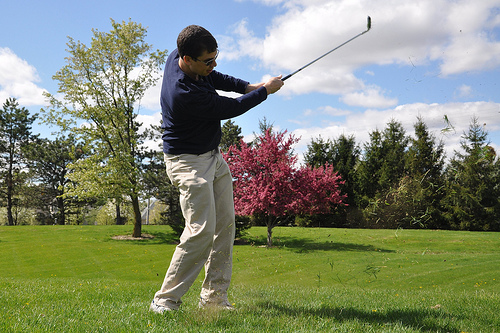 One Response to “Spring Means Sports”