Back to School (and Starting School)

We’re officially one week into the 2010-11 school year! Benton’s in 6th grade, so he’s now officially in middle school (although he started his day at the middle school all year last year for math class), Carson is in 3rd grade…and at a new school (a remnant of goofy school assignments when we first moved to Ohio), and Alana just started kindergarten. So, it was really newness all around for the Wilson kiddos.

Benton was the first to head out on Monday morning for the middle school bus. 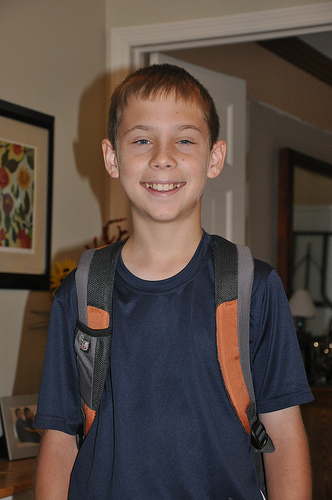 He was really looking forward to middle school for a number of reasons, but he wound up having a shaky start due to some scheduling mix-ups. Super Mom swooped in to the rescue, and all was right with the world by mid-week.

Alana didn’t actually start school until Wednesday — kindergarten has a rolling start to, presumably, maintain the sanity of the teachers, as kindergarten in these parts is only half a day, so each teacher has a morning session and an afternoon session, which seems like a ridiculous number of kids to be managing, much less teaching! I didn’t find out until I went through the pictures that, apparently, Alana went ahead and dressed up for a dry run on Monday. This is a picture of her heading to the bus stop…two days before she was actually starting school 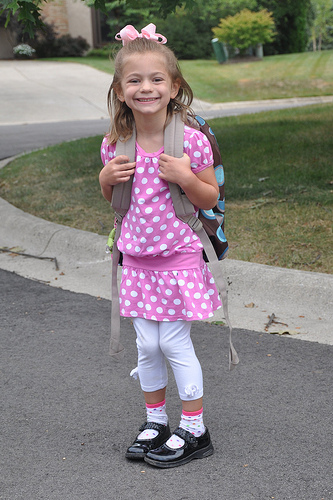 For a variety of reasons (new additions to the neighborhood, kids getting old enough to attend school, consolidation of the destination elementary school), the number of kids waiting to get on the bus at the stop on our street has exploded since last year: 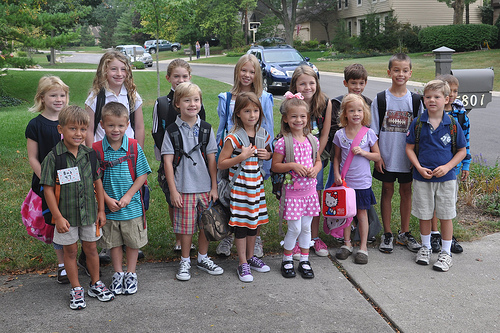 Carson had surprisingly few reservations about heading off to school and got himself situated on the bus like it was old hat: 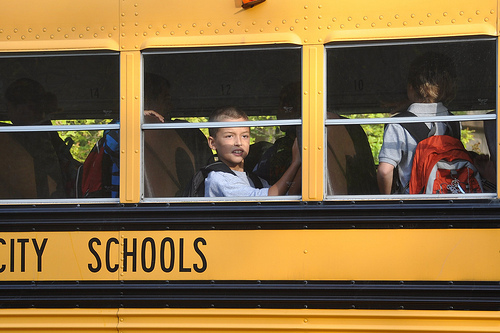 I think our final tally for the week was only 2 days out of 5 when he declared that he wasn’t going to school the next day, so we’re considering that a positive start!

On Wednesday, it was Alana’s turn for real. She got to pose with some of her friends: 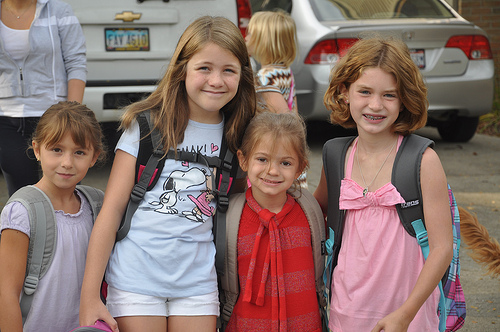 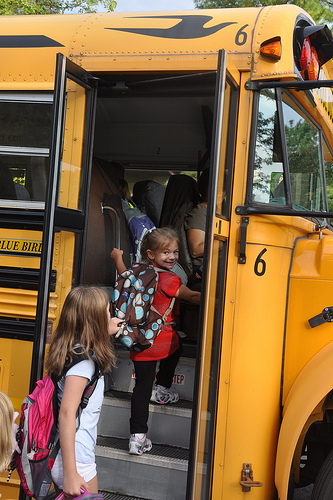 Day 1 had mixed results for Alana. She loved school, but she had some trials on the bus ride. By Day 2, she was rarin’ to go!

One Response to “Back to School (and Starting School)”