There are a lot of deer in West Virginia, and Bob works to make sure they’re regularly visible.

He spreads corn in the yard in front of the farmhouse — a task that Alana gets quite upset about if she finds out that he has tackled it without her: 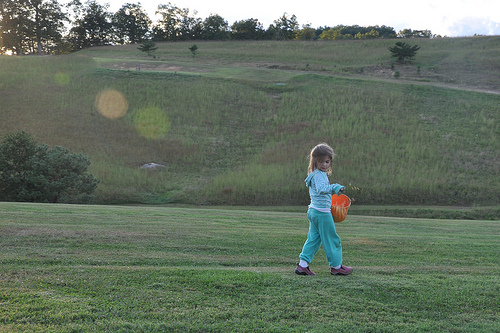 Bob took me along with him on Saturday as he went to spread corn in a few other places on the property: 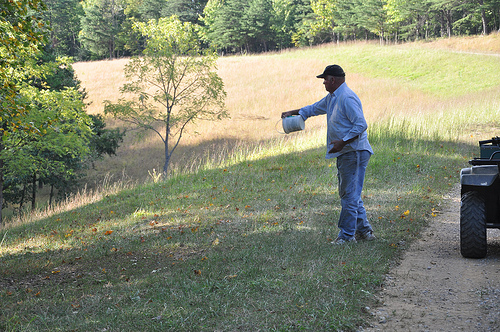 He tossed out some corn, then sat back down on his 4-wheeler, and, within 30 seconds, there were deer converging on the spot: 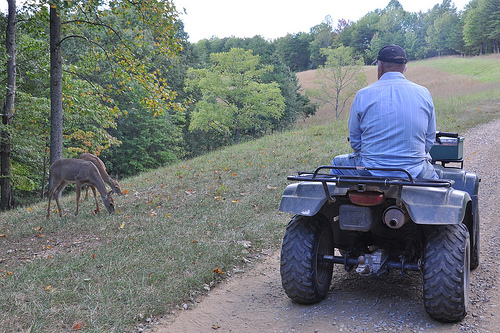 And, that was just the beginning. Those deers hung out as long as we did: 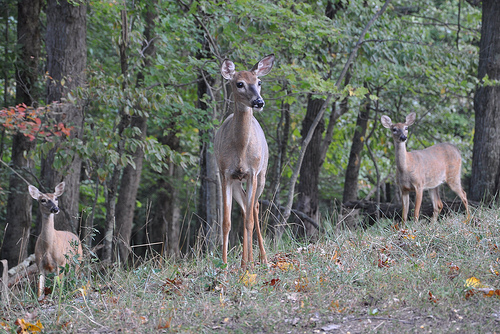 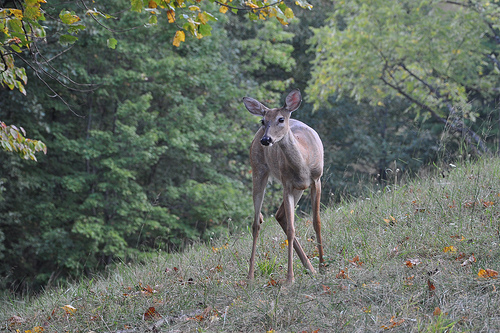 As we headed over to another spot, a young buck passed us on a lower trail going in the opposite direction. We stopped…and so did he! 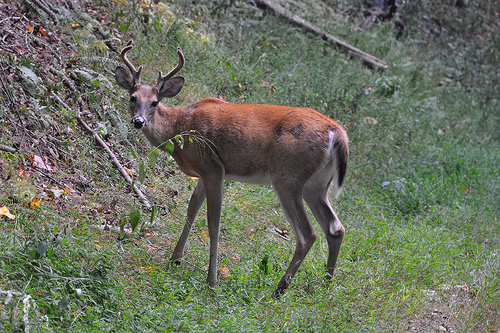 At another spot, we found a doe and a spike who were starting to fill in their winter coats (I assume): 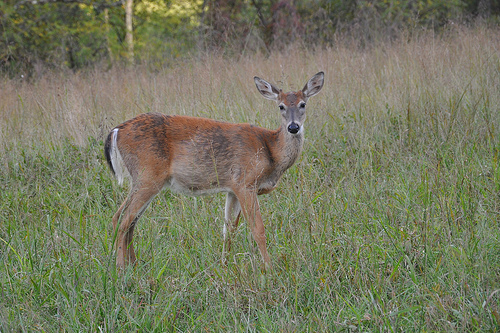 On Sunday, I went for a quick ride to do some exploring and stopped to take some pictures of the woods. I heard a rustling and turned around to find this guy watching me from behind a tree: 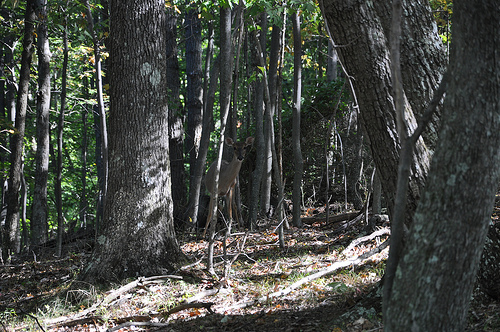 This post covered maybe half of the good shots I got of deer on the trip. I didn’t pull off any shots of the whole herd eating the corn in the front yard (that Alana is spreading in the first picture above), but I will at some point!