Dublin aggressively avoids trick or treating on Halloween and, instead, designates a non-weekend evening near Halloween as Beggars’ Night. This year, it was Thursday, October 28th. As we’ve done over the past couple of years, the ‘hood (and various other friends who are not in trick-or-treat-friendly neighborhoods) have gathered at our house for pizza to get the evening started. Afterwards, a handful of adults manned the fire, a simmering pot of hot apple cider (spiked with rum for any adults who so desire it — we went through 4 gallons of cider), and a table with multiple bowls of candy. Other adults headed out for trick-or-treating with the kids.

This year, there were at least 30 kids, many of them who were corralled for a picture before heading out (Benton is in the back row at the left in the mask and blue-gray shirt, Alana is 1/3 of the way from the right in the front in the pink Rolie Polie Olie outfit; Carson was not successfully corralled): 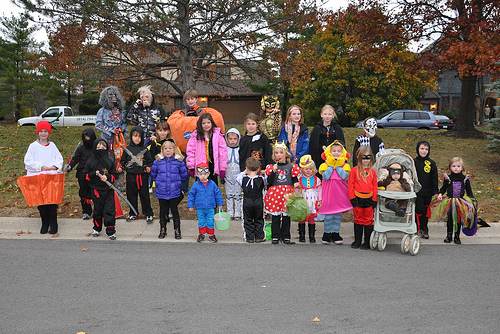 Benton waited until the last minute to come up with a costume, but wound up as some sort of undead, gory zombie (at left in the picture below — his friend Nick is in the middle and Jack is at right): 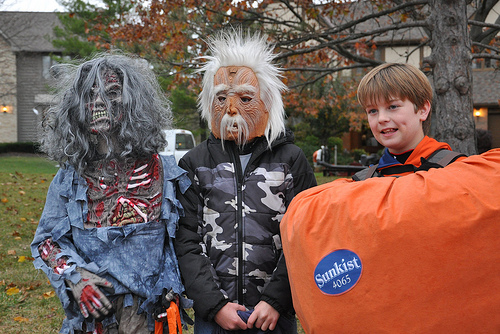 Alana was excited to be a witch, but, after wearing the costume incessantly for a few weeks leading up to the main event decided that, instead, she would borrow a Rolie Polie Olie costume from neighbors across the street: 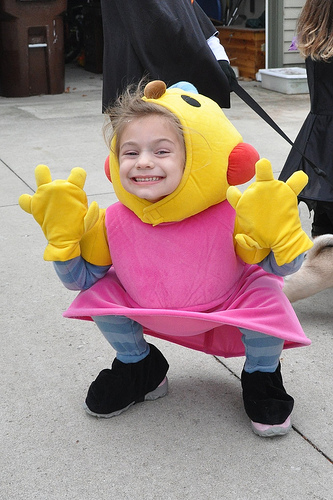 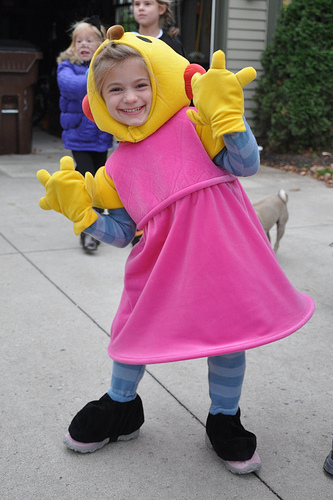 Carson, also, was slated to be a ninja, but he also became dis-enamored with that outfit and went as a military guy instead: 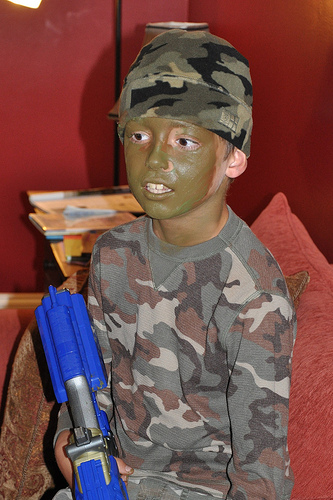 There was a pretty obscene candy haul by all of the kids who participated, and the evening was just starting to wind down. Nate was on a mild sugar high: 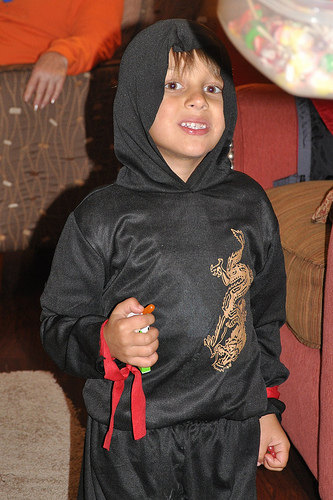 As was his mother (well…fermented sugar for her), The Dedie: 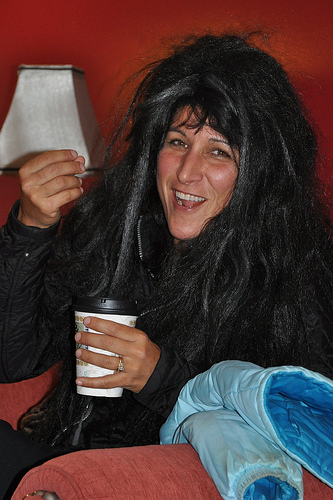 When…Nate took a tumble running up the stair from our basement and sliced open his chin. A trip to and from urgent care later, and he was back home with 9 stitches to show for it.

For those of you keeping score at home, that’s now 2 of the 3 Carlin kids who have sustained an injury at our house that required medical treatment.

Overall, it was a good evening, though!