Checking Out the Bears

On Sunday, as part of the post-Christmas-Day, unplanned-kinda-weird-kinda-crashy-time-moves-a-little-odd passing of the time, I got the idea to head over to the zoo to check out the polar bears, as I had yet to have seen the exhibit since it opened earlier this year. One of the many perks of which we were totally unaware when we bought our house is that we are 10 minutes from our driveway to pulling into a parking spot at the Columbus Zoo, which legitimately handles the “world-renowned” qualifier pretty well (it’s Jack Hanna’s home base, too, which doesn’t hurt). Having grown up in a situation where “going to the zoo” was an all-day ordeal and typically occurred when thousands of other families were doing the same thing, the convenience of a family membership has been very nice!

On the day after Christmas, none of our kids were interested in a zoo run, nor was our company, so Julie and I headed out alone! It was cold and breezy, so there were only a handful of visitors (90% of my trips to the zoo occur in moderately inclement weather — it keeps the people away!).

We checked out the polar bears: 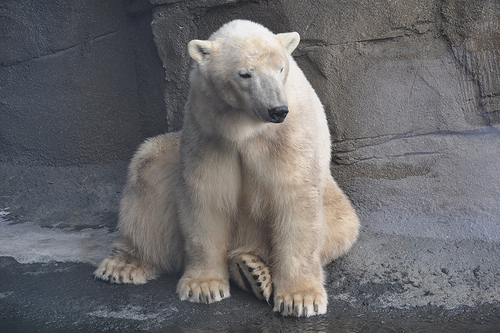 And we swung by the brown bears, which were zonked out in their cave, right up against the observation glass. Large. Animals! 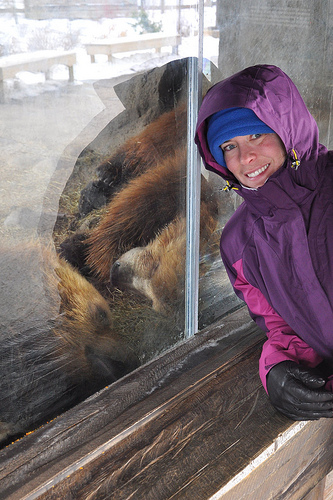 It was a fun little outing!