Why Am I Worn Out on a Sunday Evening?

I’m whipped. Looking back over the last 48 hours, I’ve:

And, in and amongst all of that, I hauled out the design I’d sketched up for a performance stage in our basement for Alana (and others) and her karaoke machine: 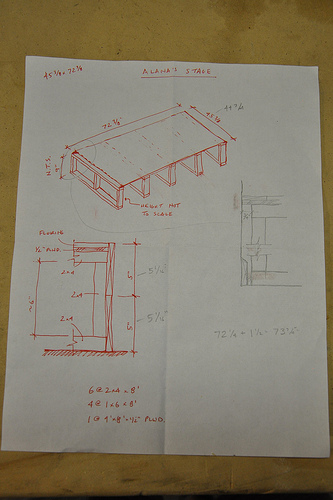 The overall dimensions were driven by a box of bamboo flooring that inadvertently moved to Ohio with us (it was left over from the re-flooring of the common areas that we had done before we moved into our last house in Austin). The stage seemed like as good a use for it as any.

I’d gotten the other lumber during a Lowe’s run with Benton last weekend, and I managed to knock out the construction of the stage over the course of this weekend: 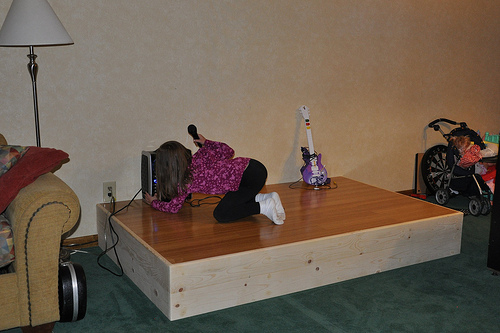 The skirt/trim is slated to be painted black, and, with Alana’s birthday coming up next month, I’m expecting lights and a disco ball (and who knows what else Julie will dream up to trick it out) as early summer additions.