Carson’s Off to a “Play Hard” Start to the Summer

Within a day of the start of summer, Carson had taken up with a kid that’s one cul de sac over. They’ve ridden the same school bus, so were comfortable acquaintances, but they’ve been roaming between houses and around the ‘hood constantly for the last week. They’ve done a lot of critter-collecting, too — mainly tadpoles, but they stumbled across this turtle (undoubtedly a former pet of someone) in a nearby creek: 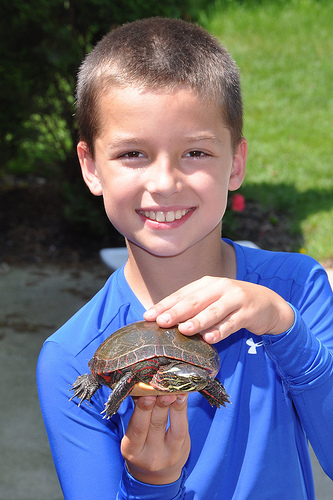 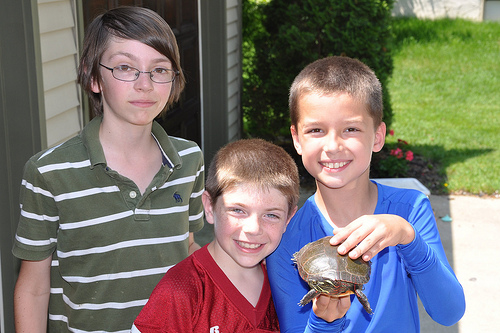 They returned the turtle to the creek from whence it came.