I wasn’t along for this leg of the trip, but it appears that Julie took a couple of photos, so I’m posting them and describing as best I can. En route back from Maine to Columbus, Julie stopped off for the weekend at the Hallacs’ in Armonk, New York. Allegedly, Trice and Jimmy were there (owners of the house and parents of the three girls who live there), as were Paul and Patty (parents of Markus, who live in Brooklyn and drove out for a visit), but no photo evidence of their presence was captured.

Benton told me that he spent so much time in the Hallacs’ pool at one point that he had large chunks of skin coming off of his feet (lovely image, that): 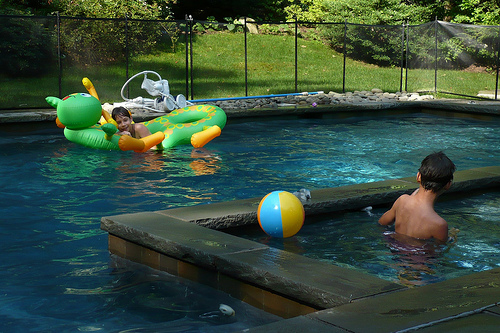 Some sort of posed photos with 5 of the 7 kids captured (the twins were apparently off to bed or elsewhere): 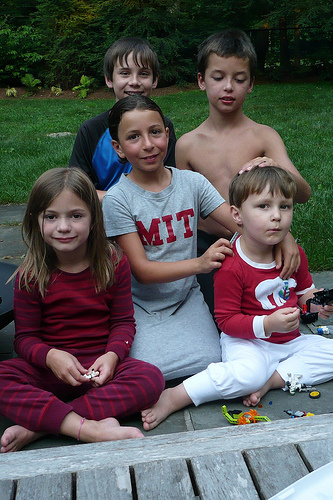 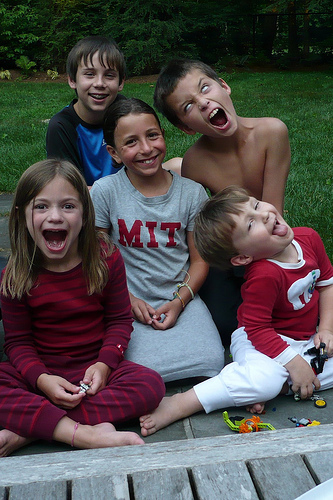