With my folks in town for a few days between Christmas and New Year’s, and with the weather being chilly and soggy, we decided to spend a few hours of Forced Family Fun poking around some of the outdoor areas of downtown Columbus that were completed during 2011.

We started out at The Columbus Commons, which is a 9-acre outdoor space put in to replace City Center, an old indoor mall. There wasn’t much going on in the space during a dreary weekday, but we did get a picture of the kids in front of the large Christmas tree erected there: 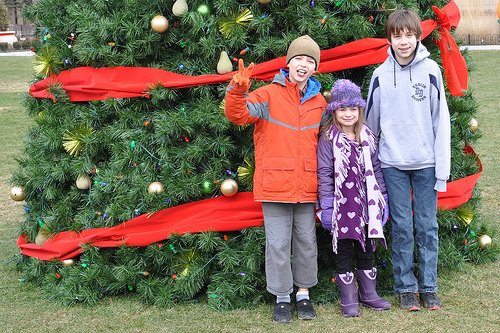 From there, it was a couple of blocks over to The Scioto Mile, a riverfront walkway that has been somewhat controversial locally, but really is well done, even if the onset of winter meant the various fountains were drained and off: 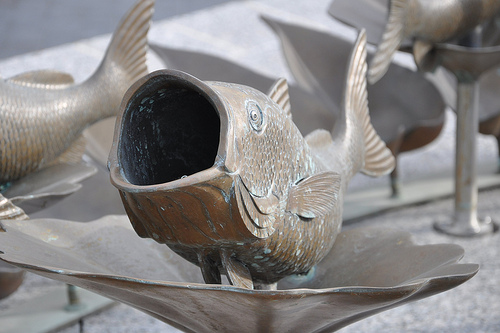 With the fountains and pools emptied, we took the opportunity to snap a family photo next to “Gavel” — a silver sculpture inside a (drained) pool at the Ohio Judicial Center. We got this picture just before getting booted from the pool by a passing security guard. 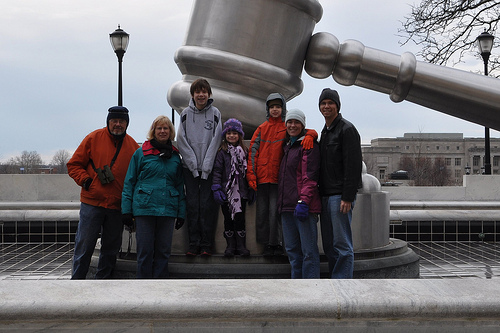 From there, it was over to Battelle Riverfront Park, which has a replica of the Santa Maria (it’s never been open when we’ve been down in the area, and this trip was no exception), as well as a sculpture garden with a series of mythical creatures depicted and the tale of those creatures told in a large plaque set in the ground near the entrance. Carson posed with the owl sculpture: 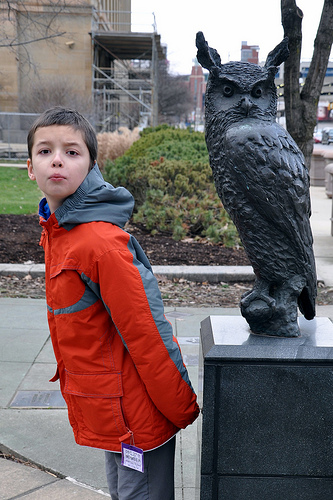 From there, it was a late lunch, and then Alana availed herself of her grandparents’ arms to swing her way all the way back to the car for the trip home: 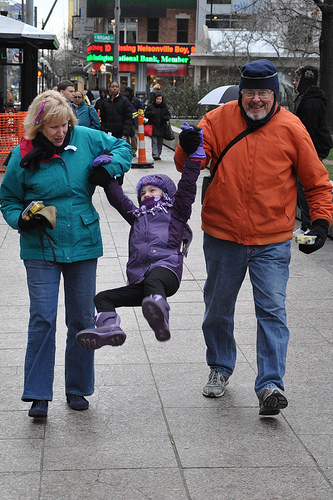