I went back to work after the holidays and spent the first week working crazy hours, which then evolved into an upper respiratory infection by the end of the week. By the following Tuesday, I was working from home rather than annoying my co-workers with a persistent cough and, worse, the risk of infection. At the same time, Alana came down with a stomach bug that kept her out of school for a couple of days, the second of which was Tuesday. She felt well enough that day, but she needed to stay home to get past a 24-hour window of quarantine.

As luck would have it, a book that she’d ordered, Fancy Nancy: Ooh La La! It’s Beauty Day, arrived that morning. Gender stereotyping be damned, the Fancy Nancy series of books are pretty entertaining, and Alana has owned and/or checked out many of them. But, this was a new one to her, and she had anticipated it’s arrival ever since ordering it over the weekend. She dove right in, and, the next thing we knew, a good portion of Julie’s day disappeared into time spent at the home spa.

Before starting, Alana made up a list of services to be provided: 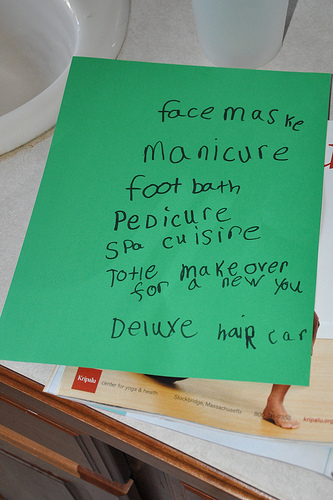 The ambiance was enhanced with iPad-piped music: 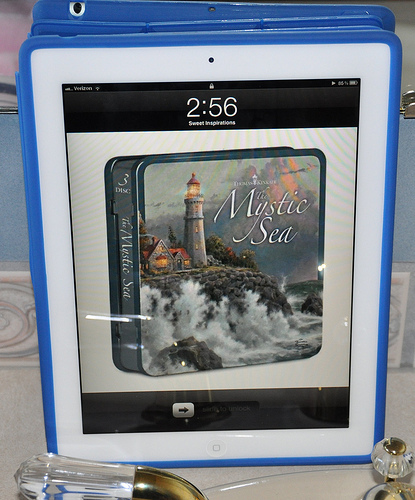 They started with a footbath (Alana was a recipient of some of the services as well as the provider, as the logistics allowed): 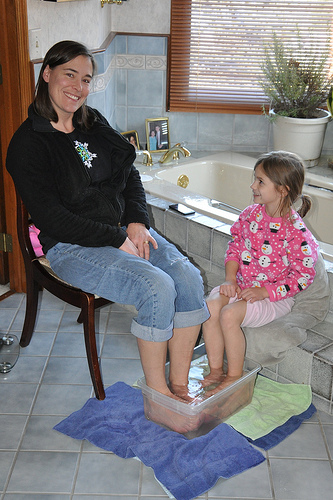 The facial mask was concocted from bananas and honey (and a couple of cucumber slices, of course!): 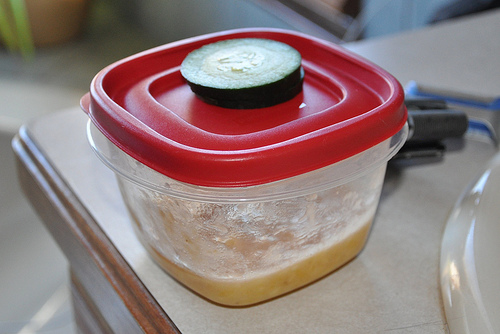 The facial mask itself (Fia became very interested in this treatment, as Julie was incapacitated while her face was slathered with yummy goodness): 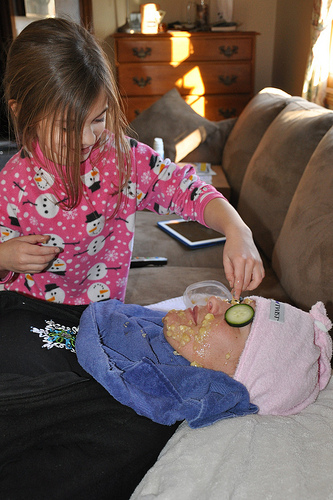 The manicure, which Julie commented about two days later, “I’ve found it’s really unfortunate that my middle finger wound up being the blue one — out of my peripheral vision, I keep think I’m flipping myself the bird.” 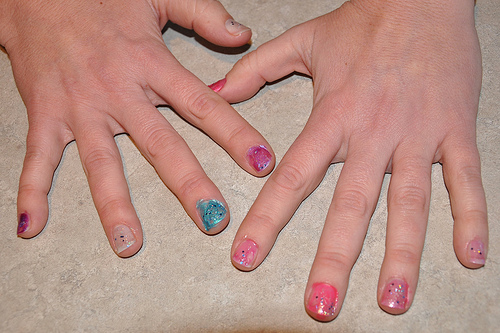 And, the “total makeover,” which meant “makeup and a ponytail:” 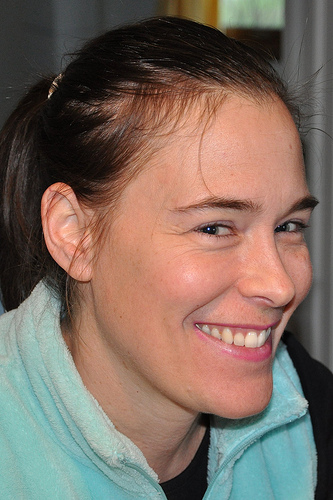 Thus, Super Mom got her day of royal treatment.