Spring break this year is taking Julie and the kids to Florida by way of Charlotte, NC, (with me). We arrived at my aunt and uncle’s house in Charlotte late afternoon on Friday and then headed over to my cousin’s house for dinner.

The gaggle of sibling/cousins/second-cousins held council (short two: one was still at soccer practice, and Benton had gone off and located the basketball hoop) in the backyard trying to decide what to do: 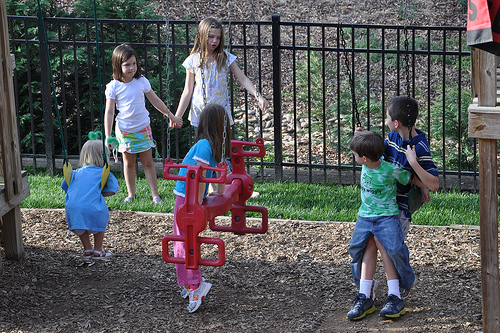 “Red Rover!” someone suggested. “Boys against girls,” (the same) person suggested. While the numbers did not seem to be in the boys’ favor at first blush, Mac is no dummy. He immediately identified the weakest link and went for it: 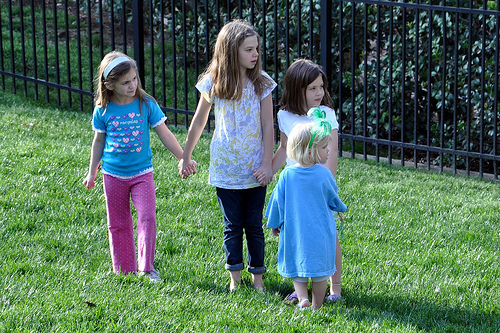 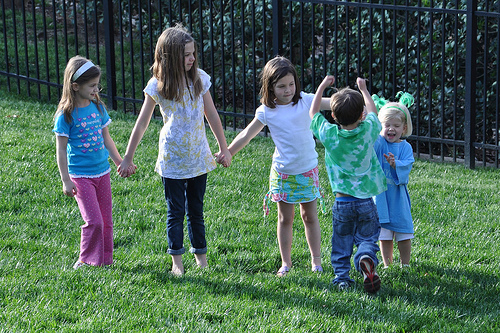 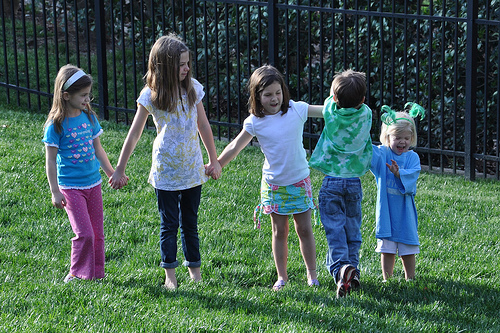 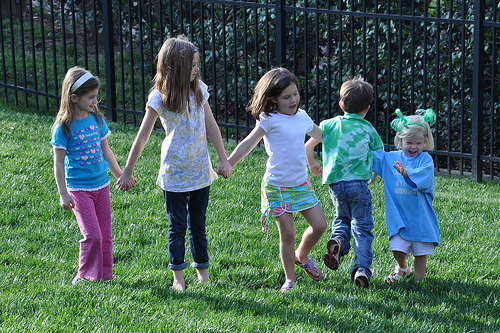 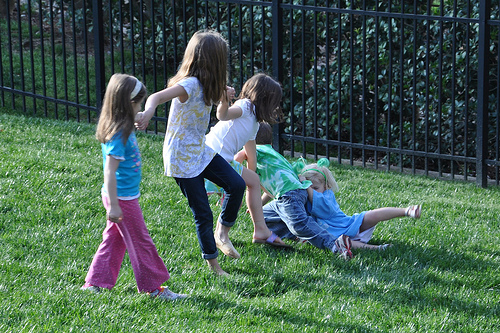 The game was called after two runs.