So, About That Second Dog

It was just over a month ago that I reported that we were “temporarily” housing a second dog. As was predicted in that post, Fia — as she has now been dubbed — is now a permanent resident. She is an extremely sweet pooch, but so extremely affectionate as to be somewhat high maintenance. And, as a puppy, she’s prone to picking up anything that gets left lying on the ground. In our house, “on the ground” is where 90% of the objects picked up in any given day end up.

She plays nice with the other “kids” in the neighborhood, although a high shutter speed always tends to turn “play” into “ferocity” in a still image: 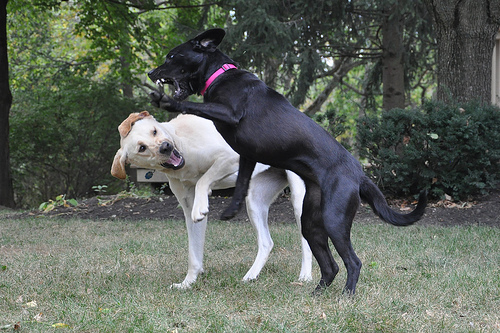 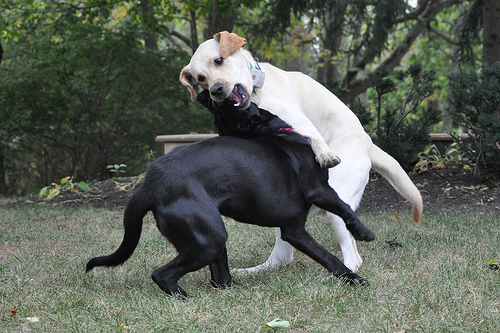 We had her fixed a few weeks ago, but she is enough of a self-licker that she had to wear a lampshade for the full 10 days until the stitches came out: 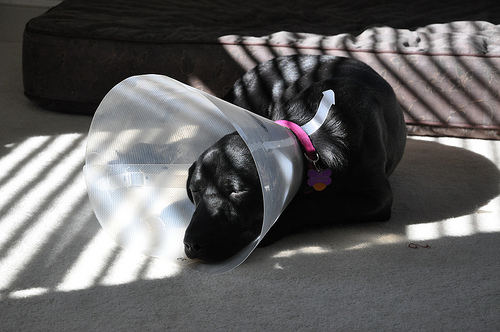 Julie has been working on training her here and there, and, just last night, I witnessed the “1 minute wait for dinner” that Julie learned from the late Lee Mannix, which was impressive: 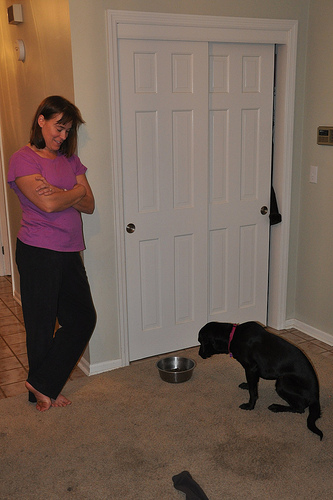